Looking for the Next Tech Genius? Check the Playground.

It's often said that youth is wasted on the young. The folly of being a young person may be well-documented, but it's also liberating. In fact, a new study shows that even creative adults could learn something from the free thinking that comes with being a kid.

A group of European researchers recently looked at a broad swath of creative ideas for enhancing mobile gadgets, some thought up by children ages 7 to 12 and others by full-blown adults. The study found that “the mobile service ideas from the young children are significantly more original, transformational, implementable, and relevant than those from the adults.” The researchers say that's because kids aren't constrained by existing ideas about what technology is and can be.

"Plenty of studies on creativity show that children can better 'think outside of the box,'" Gabriella Dodero, a computer science professor at Free University of Bozen Bolzano in Italy who helped run the study, says via email. “Adults' experience often prevents them from expressing certain ideas.”

Because they've grown up with smartphone technology, today's children may think about its applications in more innovative ways.
Robert Alexander/Getty Images

What's different about this study, according to Dodero, is that it marks the first time researchers have considered how kids' natural creative tendencies might be tapped in the rapidly changing world of mobile technology.

Dodero and her colleagues drew inspiration from a 2006 survey in Finland, which asked elderly participants to come up with ideas about how to enhance mobile devices. That was about a year before Apple unveiled the first iPhone, not to mention the flood of apps and the introduction of a lady named Siri that followed.

“At the time, neither children nor adults had ever seen a smartphone,” Dodero says. “So the ideas were not based on or biased by any particular expertise about mobile devices.”

Two independent evaluators with mobile technology experience scored the responses based on novelty (uniqueness) and quality, a factor designed to consider whether the idea could realistically be carried out and whether it would actually be useful. They concluded that the ideas proposed by children scored higher on both factors than did those proposed by adults ages 17 to 50. One of the kids in the study, for example, proposed facial recognition technology for camera phones. That's a feature that developers are still working on making a reality for smartphone users and is expected to become a staple in new gadgets in the coming years.

The researchers cite two driving forces behind the results. Unlike adults, children are digital natives. They've grown up with mobile technology, and many have been exposed to it from an early age. And second, although growing up with tech makes children intimately familiar with it, kids' limited life experience allowed them to consider innovations with “fresh eyes,” according to the researchers.

The idea of the children being not only the future, but also the present, in terms of generating the ideas that will change the way that we connect to one another is an interesting one.

But the study isn't without its limits. The authors themselves acknowledge that creativity is tough to measure. The independent evaluators, for instance, were likely swayed by their own thoughts on what is and is not creative.

And that's not to mention the fact that those evaluators were, yes – adults.

Now That's Cool
Simon, the personal digital assistant that IBM unveiled in 1994, is largely considered the first smartphone. The clunky device featured a touchscreen and allowed users to make calls, send emails and manage appointments, all for $1,000 (about $1,600 in today's dollars). 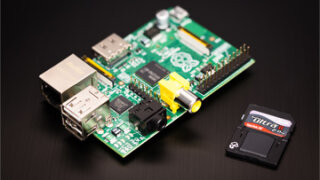 How the Raspberry Pi Works 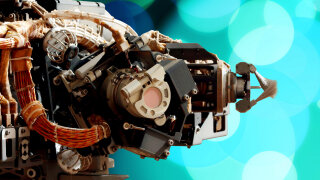 Stuff to Blow Your Mind Video: Can Computers Be 'Creative'? - Science on the Web 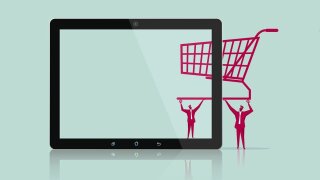