6 Famous Literary Forgeries and How They Were Discovered 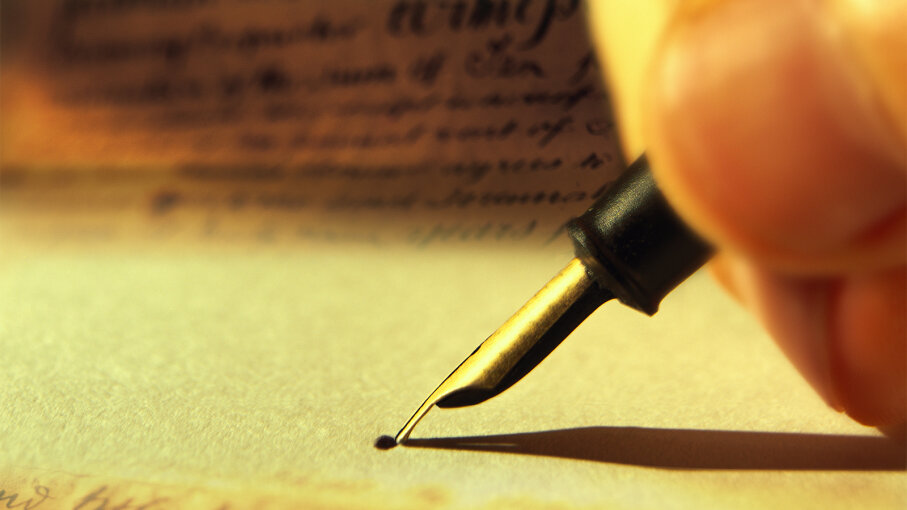 Literary forgeries have been perpetrated throughout history for all kinds of reasons, the most obvious among them being money. Stockbyte/Getty Images

Just about everyone's glanced over their classmate's shoulder at some point, and perhaps given into the temptation to copy an answer ... or a whole paragraph. And while borrowing another person's words and passing them off as your own is never right, some people have taken that concept to a whole other level of wrong. Here are six of the most famous literary forgeries that make stealing a test answer or two seem like downright innocent behavior.

The Forgeries of Lee Israel

Actress Melissa McCarthy scored an Oscar nomination in 2019 for her portrayal of forger Lee Israel in the film "Can You Ever Forgive Me?"
Raymond Hall/GC Images

Anyone who saw Melissa McCarthy's dramatic turn in 2019's "Can You Ever Forgive Me?" is familiar with the name Lee Israel. The film was based on Israel's memoir of the same name, which chronicled her theft and forgery of about 400 letters from figures like Dorothy Parker and Ernest Hemingway. While Israel saw some success as a biographer in the 1970s and 1980s, her career stalled after her third book flopped.

As she struggled to pay the bills, Israel came into possession of some letters from actress Fanny Brice. She sold them for $40 each and then realized how easy it would be to alter the letters to make them juicier and more valuable. She did just that, and then transitioned to flat-out forgery, using old typewriters to compose entirely fake correspondence from famous figures. "I had a whole cock-and-bull story made up about the cousin who died and left me these wonderful letters," Israel later told NPR. "I never had to explain."

She eventually stopped selling letters, but then moved on to stealing letters from library archives, replacing them with her own carefully crafted replica, and selling the stolen original to private collectors. It wasn't until autograph dealer David H. Lowenherz learned that the Ernest Hemmingway letter he'd purchased was actually part of Columbia University's collection that Israel's scheme was uncovered. The FBI found the rest of the writer's forgeries and she pleaded guilty to one count of conspiracy to transport stolen property in interstate commerce in 1993. Israel was sentenced to six months' house arrest with five years' probation, and while she was able to work again as an author and editor, she said, "I still consider the letters to be my best work."

The Diary of Jack the Ripper

James Maybrick, purported author of a journal detailing the crimes of Jack the Ripper and presented as genuine by forger Michael Barrett in 1992.
Wikimedia Commons

In 1888, a serial killer brutally murdered five London women, and while the perpetrator was never identified or caught, the public came to know him as Jack the Ripper. Over a hundred years later, a Liverpool scrap metal merchant named Michael Barrett produced a journal from Liverpool cotton merchant James Maybrick who'd died in 1889, allegedly at the hands of his wife. The journal contained explicit details of the murders of five women and the passage, "I give my name that all know of me, so history do tell, what love can do to a gentle man born. Yours truly, Jack the Ripper."

There had of course been speculation about the true identity of the notorious murderer for a century, but Maybrick had never been on the list. When Barrett presented the journal, many historians believed it certainly had potential to be genuine. But then Barrett confessed to forging it...and then he retracted the confession. The story got even more confusing when Barrett's estranged wife asserted that her family had been in possession of the journal for decades. Weirdly enough, it's still unknown whether the Maybrick diaries are legitimate and/or whether Maybrick was Jack the Ripper. Experts now believe the majority of the crime descriptions were lifted from press reports and contain many of the details that were publicized and later revealed to be inaccurate.

The Protocols of the Elders of Zion

The cover page of the pamphlet "Protocols of the Learned Elders of Zion," which was actually the work of Pierre Ivanovitch Ratchkovsky, head of a section of czar Nicholas II's secret police.
Wikimedia Commons

Published in 19th century Russia, the "Protocols of the Elders of Zion" claimed to contain the minutes of 24 "secret meetings" held by Jewish wise men plotting to take control of the world. The texts contain everything from descriptions of the future universal State to critiques of liberalism and more, but the chronicles are completely fake. Later revealed to be the work of Pierre Ivanovitch Ratchkovsky, head of one section of the czar's secret police, the Protocols were apparently written to paint the Jews as a scapegoat in the already heavily anti-semitic Russia, where citizen unrest was threatening the czarist regime.

Ratchkovsky claimed to discover the Protocols and then handed them to Russian writer Sergey Nilus who published them in 1903 in a nationalist review. The Times of London wrote a positive piece on the texts in 1920, but withdrew the support a year later when correspondent Philip Graves found them to be a fabrication, plagiarizing sections of an 1864 book about Napoleon III and 160 passages from "Dialogue in Hell between Machiavelli and Montesquieu." By 1935, more confirmation of the manuscript's illegitimacy came to light when the Federation of Jewish Communities in Switzerland sued a local pro-Nazi group for distributing copies of it and Russian witnesses testified that Ratchkovsky had forged them.

The Protocols can still be found in circulation today, used as propaganda by right-wing extremists and anti-Semitic hate groups. 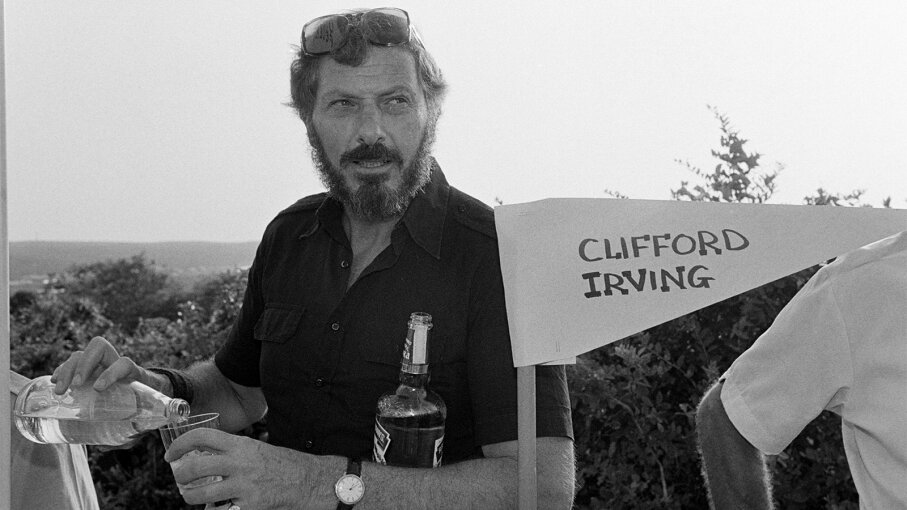 Clifford Irving secured a $750,000 advance for the "autobiography," of Howard Hughes, which he penned himself. Time & Life Pictures/Getty Images

After reading a 1970 Newsweek piece on Howard Hughes titled "The Case of the Invisible Billionaire," Clifford Irving had an idea: Why not pen a totally fake autobiography of the fascinating character? At the time, Hughes had gone into hiding on Paradise Island in the Bahamas, and Irving was captivated by his eccentricity. Not to mention, Irving was kind of an expert on forgery, having just written the as-told-to memoir, "Fake!: The Story of Elmyr de Hory, the Greatest Art Forger of Our Time."

Drawing on his expert knowledge, Irving carefully pored over a Hughes letter that had been reprinted in the Newsweek article and started to pen letters from the billionaire. He told his publisher he'd struck up a close friendship with Hughes and was meeting with him in the tropical paradise, banking on the fact that Hughes was so anti-attention, he'd never rebut the claims. The plan worked — Irving scored a $750,000 advance for Hughes' "autobiography," got $250,000 from Life magazine for the serial rights, and another $400,000 from Dell for paperback rights. Irving went on a major media tour, and for all intents and purposes, his story seemed to check out — until Hughes came forward.

In 1971, the reclusive billionaire vehemently denied knowing Irving and soon after, Swiss banking investigators busted Irving and his wife for possessing a bank account in the name of "H.R. Hughes." One year later, the couple pled guilty to conspiracy in federal court and in state court, along with Irving's research assistant, Richard Suskind, who pled guilty to conspiracy and grand larceny. Irving served 17 months of a two-and-a-half-year sentence. Seeing an opportunity for more fame, he and Suskind published the book, "Clifford Irving: What Really Happened" that year (it was later reissued as "The Hoax").

"Had I succeeded, no one would have been hurt," he told reference work Contemporary Authors. "If I had it all to do over again, I would do it all, with one difference. I would succeed."

The Hitler Diaries of Konrad Kujau 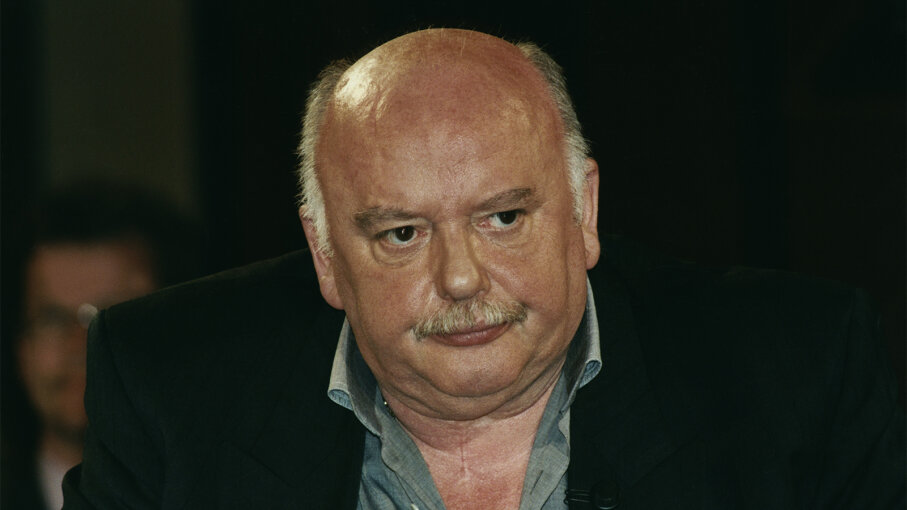 When German weekly Stern and British newspaper The Sunday Times ran excerpts from Adolph Hitler's supposed private journals in 1983, people quickly began to question their authenticity. British historian Hugh Trevor-Roper had read through the diaries before they were published, but a day later said he had "misunderstood the nature of their procurement." Soon after, the West German government performed chemical testing on the documents and declared them total fakes, presumably based on the book, "Hitler: Speeches and Proclamations — 1932-1945."

So who was behind the deception? A West German journalist who'd exposed the "diaries" pointed the finger at a Nazi memorabilia dealer named Konrad Kujau. The dealer was arrested and, in 1985, Kujau was found guilty of fraud and sentenced to four and a half years in prison, but released after just three years.

"Vortigern and Rowena" by "William Shakespeare," aka William-Henry Ireland

In 1795, William-Henry Ireland, a 19-year-old law clerk, decided it would be a good idea to fabricate a slew of Shakespearean documents, including letters, drawings, poetry, and most famously, an entire play which he titled "Vortigern and Rowena." When he told London scholars and antique dealers that he'd accidentally stumbled upon the papers that appeared to be penned by William Shakespeare, they believed him. It started when the aspiring writer and notoriously poor student wanted to impress his father. He practiced tracing Shakespeare's famous signature and eventually scrawled it onto a blank piece of parchment, which he passed off to his dad as a genuine deed he'd discovered in the house.

According to Smithsonian magazine, Ireland was stoked by the deception he'd managed to pull off. "Several persons told me that wherever it was found, there must undoubtedly be all the manuscripts of Shakspeare [sic] so long and vainly sought for," he wrote two years later. Once he realized he could fool everyone with his supposed findings, he aimed high, penning an entire play about a fifth-century English king named Vorigern and the object of his affection, Rowena. Shakespeare fans were so thrilled to have a newly-discovered piece of the Bard's work, they may have overlooked how, well, off the writing was. And Ireland even tried to cover his tracks, forging a letter that explained why Shakespeare had allegedly hid the play, claiming he considered it his greatest achievement and wanted more than the printer was willing to pay him for it.

"William Henry Ireland was known as the 'second Chatterton', as, like Thomas Chatterton, he was a precocious teenager and a literary forger — though he lacks Chatterton's undoubted genius," says University of Exeter English professor Nick Groom in an email exchange. "Ireland forged the papers of William Shakespeare — not only drafts of plays such as 'King Lear' and 'Hamlet,' but legal documents, love letters (including a lock of Shakespeare's hair), and even whole new plays."

Eventually, playwright Richard Brinsley Sheridan read a few pages of "Vortigern and Rowena" and picked up on the phoniness. And after Ireland's father published a volume of the so-called Shakespearean papers, Edmond Malone, a renowned expert on the author, published his own exposé, calling them a "clumsy and daring fraud." When a local theater put on a production of the play, the crowd wound up laughing at many of the lines, booing ensued, and even a fight broke out in the pit. The reviews were unsurprisingly not kind. Ireland confessed, but never faced legal punishment for his forgery.

"Although there were many committed believers, much of his work verges on the absurd and the play 'Vortigern' was howled from the stage when it was performed," Groom says.