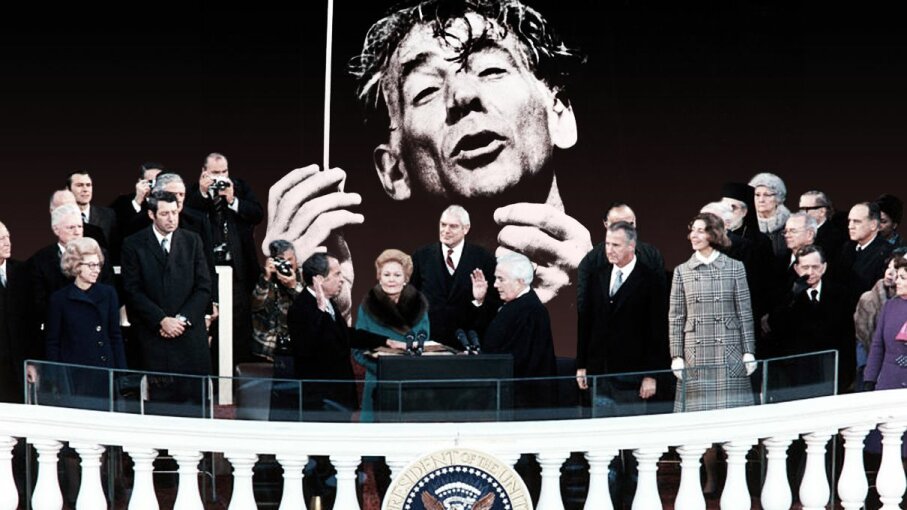 "Stop the bombing NOW." "End the war NOW." On January 20, 1973, the second presidential inauguration of Richard Nixon — elected in a landslide victory —took place amidst shaking signs and shouting protestors. Trouble seemed to be brewing for Nixon, who was well into the fourth year of the controversial Vietnam War, and weeks away from the Watergate scandal that would essentially end his political career.

The night before Nixon was sworn in to the United States' highest office, a pair of historical musical performances — one Nixon's camp officially planned, and one it didn't — would foreshadow the differing moods about his presidency.

Nixon's Inaugural Committee asked the Philadelphia Orchestra to perform at his inaugural concert on the eve of his swearing in. Orchestral members obliged, playing Tchaikovsky's "1812 Overture" and other classics at the Kennedy Center in Washington D.C., during a formal, $250-per-person event. There wasn't anything unusual about the event, as inaugural concerts go, except that the orchestral selection from Philly seemed like a presidential snub to D.C.'s National Symphony, which director Antal Dorati had been systematically improving since 1970.

But at the exact same time a free and unofficial inauguration concert at the National Cathedral took place thanks to legendary conductor Leonard Bernstein. He led "A Concert for Peace," which became widely known as the "Anti-inaugural Concert."

Berstein's free "counter-concert" drew thousands of people to a venue that would only hold 3,000. Undeterred, an additional 12,000 to 15,000 people stood in the dark outside the National Cathedral as a soft rain fell. At the identical hour in which Nixon's official inaugural concert was being performed at the Kennedy Center, Bernstein closed the concert with Joseph Haydn's "Mass in Time of War," which was written in 1796, the same year Napoleon's armies overtook Austrian troops in Italy.

"Nixon snubbed the National Symphony Orchestra in the 1973 Inauguration Concert by asking the Philadelphia Orchestra to perform instead," says Adam Gingery, co-founder of Backstage Podcast, a program dedicated to classical music history and its sociological impact on society. "I can't help but wonder if Bernstein's decision to lead a 'counter-concert' had something to do with competition against a rival conductor and orchestra."

Whatever the impetus, Bernstein clearly aimed to butt up against the Kennedy Center inauguration performance.

Bernstein enlisted an orchestra comprising local musicians, many of whom were members in the National Symphony Orchestra, as well a chorus of 125 volunteers led by local director Norman Scribner. Bernstein and the performers dressed not in formal attire, but in street clothes — a choice that drew applause from the audience.

It may be difficult these days to envision a classical concert swaying popular opinion, but "great American classical musicians had more clout in the '60s and '70s than they do now," Gingery says. "Figures like Bernstein and Eugene Ormondy, who directed the Philadelphia Orchestra, were the national artistic heroes of the same stature as somebody like Lin-Manuel Miranda [of Broadway hit "Hamilton"] would have today. Bernstein was a champion of American music, after all."

According to an article in The Washington Post following Bernstein's performance, "While Cathedral officials were busy pointing out last week that the Mass conducted by Leonard Bernstein was not 'counter' to anything, its function as a rallying point of anti-Nixon dissent was not lost on anybody. In case any didn't get the message... it was introduced by former Senator Eugene McCarthy, poet and early leader of the peace movement."

A recording of the performance received a 1973 Grammy Award Nomination for Best Choral Recording, with Schribner and Bernstein as co-nominees. For even more on the animosity between Leonard Bernstein and Richard Nixon, we'd recommend a deep dive into "The Bernstein Files," a three-part multimedia series in The New Yorker from classical music expert Alex Ross. (Nixon chief of staff H.R. Haldeman, in particular, has a lot to say about Bernstein in the Nixon tapes that emerged during the Watergate investigation.)