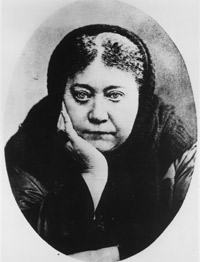 Most religions include some sort of impetus for good social behavior. For many Eastern religions, karma is that impetus -- its law decrees that positive and negative actions will be rewarded or punished (eventually). While karma works like a mechanical law, Western faiths usually entail a final judgment at the end of one's life. Good and bad actions are presumably tallied and leveled upon the soul at death.

However, the idea of karma is still appealing to people unfamiliar with its Eastern roots. Karma suggests that self-determination is possible and that action can influence the future's quality. Karma has become a popular New Age ethical philosophy -- one largely removed from religious connotations. The simple ethical basis of karma -- that good engenders good and vice versa -- translates into most religions.

The secularization of karma in the West started in part with the creation of the Theosophical Society in the late 19th century. The Russian émigré Helena Blavatsky founded the society with Henry Steel Olcott, a lawyer and journalist, in 1875 in New York City. Blavatsky originally shaped the group's doctrines around her gnostic and kabbalah beliefs, but an 1879 trip to India steered her toward Hinduism and a more regimented understanding of karma. Blavatsky believed that the Theosophical Society's studies, discussions and meditations could help prepare the world for the Aquarian Age -- a time of enlightenment and brotherhood. Annie Besant, an English woman, helped extend the society's reach and introduce modified Hindu beliefs to the West. Today, the Theosophical Society defines karma as "a law of spiritual dynamics related to every act in daily life" [source: Theosophical Society]. It's a view of karma that is only loosely connected to the structure of Hindu, Buddhist, Sikh or Jain philosophies.

To learn more about karma, reincarnation and other spiritual beliefs, look over the links below.

John Lennon's 1970 hit single "" also had a bit to do with the popularization of secular karma in the West. The song hit No.3 on the Billboard Top 100 and competed with the Beatles' "Let it Be" only months before the band announced its breakup. "" inspired numerous covers and a campaign to save Darfur by Amnesty International. The television show "My Name is Earl," which has the tagline "karma is a funny thing," also included a cover of the song on its 2006 season one soundtrack.