Do ISIS Fighters Donate to Charity?

A few years back, the terrorist group ISIS conquered a wide swath of territory in Iraq and Syria, and proclaimed that it would establish a khilāfah, or caliphate — essentially, a nation which would be ruled by its own extreme interpretation of Islamic laws. That ambition now seems to be in jeopardy, given that battlefield defeats have cost ISIS 47 percent of the territory it once occupied in Iraq and 20 percent of its Syrian territory.

Many mainstream Islamic scholars have denounced what they deride as ISIS's distorted version of their faith. That includes such prominent figures as Syrian cleric Shaykh Muhammad al-Yaquobi, who has even published a book in which he refutes the terrorists' supposed religious justification for their acts. In a 2015 speech in Berkeley, California, Yacoubi told listeners that Muslims needed not just to fight ISIS on the battlefield, but theologically as well. "You have to have Muslims scholars telling you how to save the minds of our next generation from being brainwashed," he said.

One example of how ISIS twists Islam is how it handles the third of the five pillars of the religion, the practice of zakat, or compulsory charity. (The other four pillars are profession of faith, prayer, fasting during Ramadan, and pilgrimage to Mecca.) According to an article by Imam Kamil Mufti on Islamreligion.com, a theological website maintained by the government of Saudi Arabia, zakat is based on the belief that God is the source of all wealth, which in turn obligates believers to use a portion of their goods and income to help others in need. Mufti writes that the annual contribution should be 2.5 percent of an individual's assets — everything from agricultural produce and livestock to precious metals and money — and that it must be paid within a year of when the believer acquired the wealth.

In some Muslim-majority countries — Malaysia, for example — the government collects zakat from Muslims and directs it to charitable organizations. But in most of today's Islamic world, it's left up to individual believers to make the payments. Most Muslims in Western countries satisfy zakat requirements by contributing to charities both Islamic and otherwise, by putting money in a drop box at their mosques, or simply by giving directly to the poor.

As an act of zakat, a Muslim man gives money to a beggar outside of a mosque in Jakarta, Indonesia.
Romeo Gacad/AFP/Getty Images

But ISIS apparently sees zakat chiefly as a source of income for itself. The terrorist group wants zakat paid into its own treasury, and reportedly has jacked up the percentage that Muslims in occupied areas must pay from the traditional 2.5 percent to a hefty 10 percent. People under ISIS control are reportedly required to fill out this form and list their monthly income, living expenses and dependents. Additionally, according to a 2015 Congressional Research Service report, ISIS demands a hefty cut of virtually every business transaction — as much as 35 percent of the price of every prescription filled by pharmacies, for instance — and calls it zakat, as well.

As Mara Revkin, a resident fellow with the Abdallah S. Kamel Center for the Study of Islamic Law and Civilization at Yale Law School, described in a January 2016 Foreign Affairs article, ISIS zakat collectors will, as a show of dominance, show up and demand that people who have already given their zakat pay it a second time.

ISIS can justify all on religious terms, because "they control the interpretation of the Quran, and what message is given during prayer services," explains Desiree Huitt, a former U.S. Army intelligence officer. Huitt is now the managing editor of SOFREP.com, a news site that provides analysis from military special operations veterans. In the ISIS version of zakat, what used to be alms donated to support widows, orphans and the poor has been twisted into a tax to subsidize the ISIS regime.

But although it takes funds from the general public it dominates, ISIS doesn't appear to collect zakat from its own fighters, probably because it would discourage them from sticking around. "They're trying to retain their fighting force as much as they can," Huitt explains.

According to Revkin's article, ISIS leadership does find other ways to squeeze revenue out of its soldiers.

They're assessed a 20 percent tax, for example, on anything — including human slaves — that they take as "spoils of war."

"It's true that combatants are exempt from zakat," says Revkin in an email, "but they are required to pay a different tax known as khums (the Arabic word for 'one fifth') of 20 percent on any 'war spoils' obtained in the course of combat operations."

Interestingly, though, when ISIS leadership was forced to cut fighters' $400 to $600 monthly salaries by 50 percent last year, the organization tried to soften the blow by portraying this cut in pay as a way for its fighters and bureaucrats to satisfy zakat. In a decree obtained and translated into English by British analyst Aymenn Jawad Al-Tamimi, ISIS official Abu Muhammad al-Muhajir cited passages from the Quran about waging a "jihad of wealth" through charity.

It's unclear how much of what's collected by ISIS actually is used for charity, though ISIS has posted on the web propaganda images like this one of food that the terrorist group says it is distributing to the poor. In 2015, the UN World Food Program issued a statement condemning ISIS for pasting its own labels onto UN relief packages, to create the illusion that it was helping starving Syrians.

Now That's Interesting
In another 2015 decree translated by analyst Tamimi, an ISIS official instructed fighters that they were permitted to play table football, so long as the players were decapitated, "so that they don't look like statues." They also were warned not to curse or compel the loser to pay for the game.T

This Tree Is Europe's Oldest Living Organism — Sort of, Kind of, Maybe

Ridiculous History: LBJ Talked on the Phone More Than a Teenager 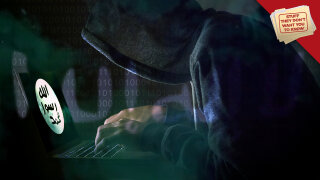 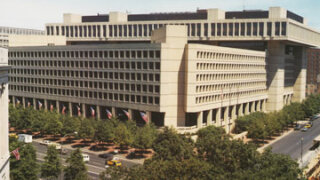 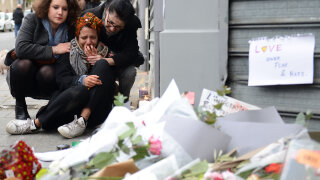