Is it rude to tag people into Twitter arguments? 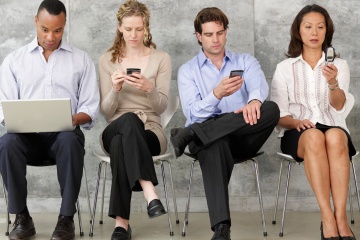 The Internet is great for debating - and arguing. But where is the line between dragging a friend into your heated conversation and not? How much like real-life interactions is it?
Fuse/Thinkstock

Let's just consider for a moment, the heart of the question. Is it rude to involve someone in a fight they didn't ask for and didn't choose? Let's first assume that most people aren't combative psychopaths looking for confrontation and -- on the off chance they are -- they're probably pretty decent at finding it unaided. Then we can try the "in real life" scenario: If you were sitting at home and a friend brought over some jerk with opposing or confrontational viewpoints with the purpose of riling you up or getting you to choose sides, wouldn't you think it rude?

But the thing is, Twitter isn't real life. Or at least, we've given our brains a compartment where "digital relationships" don't necessarily intersect with the rules of social decorum we apply to personal engagement. It's a distance that we take advantage of with social media. It's simply easier to confront someone when you're only communicating through digital platforms. Just like road rage gives folks an anonymous way to use aggression, social media allows us to confront people -- quite rudely, if we wish -- while avoiding (physical) consequences [source: Zara].

So where does that leave us? Are we allowed to do things on Twitter or other digital platforms that we wouldn't do to a person sitting across the table from us? A lot of people would probably caution that having one set of social rules for "real life" and one set for "online life" is dangerous. And it may even be that most of us just don't believe that's the best option: A 2011 survey showed that almost half of Americans have blocked or unfriended someone online because of uncivil behavior, and a third have decided to stop using certain online sites or platforms because of bad behavior [source: Weber Shandwick]. That implies a lot of us are still using the "rules" we've already established for behavior in our digital interactions, too.

So ask yourself again. Is it rude to tag people into Twitter arguments? If we've agreed that online interaction holds the same meaning as real-life interaction, then we should probably say yes. It's not kind to pull someone into a fight. If you believe that online behavior is fundamentally different than real life actions, then maybe you're okay with it. Regardless, most of us would agree that nobody wants to be bombarded by tweets that they aren't really involved with. Digital clutter is as obnoxious as papers piled around the house. When in doubt? Leave others out.

How Women Work
The Bizarre, Brazen Life of Cultist Aleister Crowley
Can You Bury Someone in Your Backyard?