by Kate Kershner Apr 1, 2016
If you're an introvert, you might have a harder time shaking off a typo or grammatical error you encounter in an email. Dougall_Photography/Getty Images

Introverts have gained a lot of ground. They apparently have an advantage. They're demanding rights. They're starting a revolution. This would all be extremely worrisome for extroverts if introverts were capable of, say, showing up at a group function. Alas, they are left to simply sit quietly alone with their newfound fame and hide when the doorbell rings.

Now researchers at the University of Michigan have discovered another job for introverts: grammar police.

A recently published study asked 83 participants to read an email with either no mistakes, grammar mistakes (confusing to/too, for instance) or typos ("mkae" instead of "make," for instance). They then rated perceived traits about the writers and also filled out personality information. The study found that introverts were more likely to negatively judge those who made grammatical mistakes and typos in emails, while extroverts weren't as bothered.

The research examines a question of importance in the field of linguistics: How does an error affect the actual information we receive from a message?

"What interested me as a cognitive psychologist who studies language comprehension," says co-author Julie Boland in an email, "is how the error (and my reaction to the error) becomes part of the message."

As an example, imagine receiving an email expressing hope that "your" having a nice day. "What I take away from that is not just the literal content of the message, but also some inferences about this person," Boland says.

Sociolinguist and co-author Robin Queen was especially keen to understand the cognitive process to get to that conclusion. "How does that 'error' as an inference about the person become connected to the 'literal' information in the message," Queen says, calling it "a big open question" in her field.

If both typos and grammos (the authors' term for grammar errors) changed the impact of the message the reader was receiving, did their personality make any difference when it came to how much the errors bother them? You bet. Extroverts were able to overlook the errors they saw, while introverted personalities judged the same writers more negatively.

Boland and Queen had suspected that typos and grammatical errors might affect how we look at the writers — and even the message they're writing — in different ways. What they found was the "research suggests that that's true, but maybe not as much as we originally thought," Boland says in an email. "Both types of errors have negative impacts. The differential impacts of typos and grammos became more apparent when we started to consider the personality variable. For example, agreeability affects one's sensitivity to grammatical errors, while conscientiousness and openness affect one's sensitivity to typos."

In other words, different errors bothered different people based on their own personality, leading them to create inferences about messages and writers. What might seem like personal peccadillos could be a step toward understanding cognitive language models.

NOW THAT'S INTERESTING
How might this translate to real life? Boland says it's in situations where you have little knowledge of the person — say an online dating site — where this could come into play. You want a quiet type in a partner? Better make sure all your "there/their"s are correct. The research shows, says Boland, that errors like that might "turn off" someone who is introverted.

MacGyver It! Beer Me! Let's Turn That Noun Into a Verb 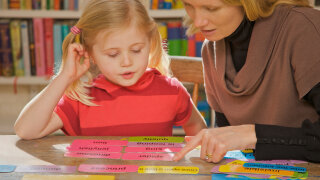 Is it rude to correct someone's grammar?