Browse the article Why Is 'Intersectionality' So Controversial? 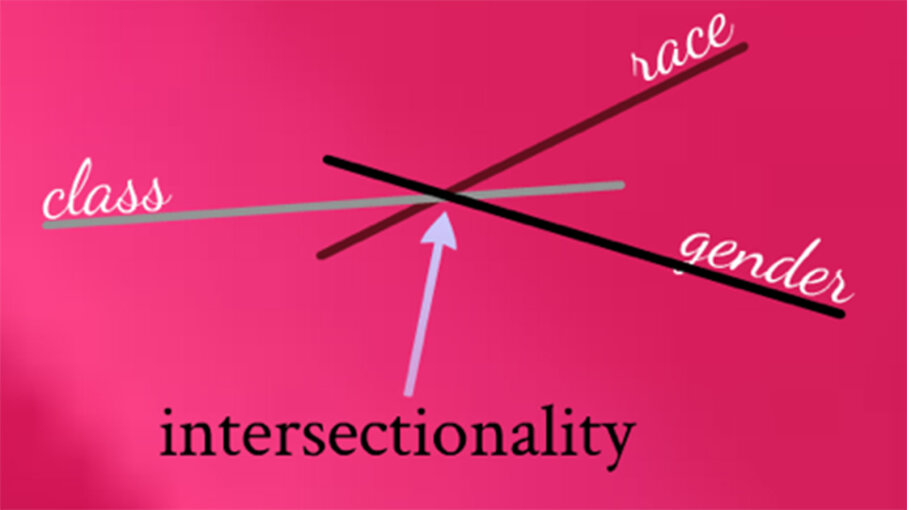 'Intersectionality' is a term that some people affirm and others abhor. Wikimedia Commons

Before 2015, relatively few people had ever heard the word "intersectionality," first coined in 1989 as a legal term to describe intersecting areas of discrimination.

Fast-forward to today's internet-fueled culture wars, in which "intersectional" has taken on a life of its own. The once-obscure legal term has now become as politically weaponized on Twitter as "social justice warrior," "alt-right," and "identity politics," and demonized by critics as a "neo-Marxist religion" and "the biggest problem in America."

But how did this happen? How did intersectionality evolve from a relatively uncontroversial legal distinction to politically polarizing buzzword?

Shining a Light on Discrimination

Let's start at the beginning. The term intersectionality was first coined by Kimberlé Crenshaw, a lawyer, law professor and civil rights activist. In 1989, she wrote an influential paper that identified a glaring hole in antidiscrimination law. The law recognized categories such as racial discrimination and gender discrimination, but was blind to situations in which two or more of those categories overlapped.

Take the case of DeGraffenreid v. General Motors, which Crenshaw cited in a 2016 TED Talk as an example of where the law fell short of delivering justice. In this case, a black woman named Emma DeGraffenreid was denied a job at a local car manufacturing plant and sued on the basis of discrimination. The judge threw out the case citing that the plant had a record of hiring both black people and women, so she had no grounds to sue.

Since there wasn't a word yet for this overlapping of identities that combined to form new, hybrid categories of discrimination, Crenshaw invented one. She called it "intersectionality."

So, in its original sense, intersectionality was a legal framework for seeing people whose identities and lived experiences are more complex, but who deserve equal treatment under the law.

Starting in the 1990s, academics began incorporating intersectionality theory into the social sciences. Up until that point, there was a tendency to study the experiences of different racial, ethnic or religious groups as homogenous blocks, says Mary Romero, a professor of justice studies and social inquiry at Arizona State University and author of "Introducing Intersectionality."

"The essentialist approach said that 'all Latinos are like this' without considering that there are all of these intersections of age, citizenship, sexuality and disability," says Romero, "so there's not a monolithic experience."

By examining the specific experiences of LGBTQ Latinos, undocumented Latinos, rich Latinos and poor Latinos, social scientists came up with data that could be used to inform important public policy decisions, like immigration.

"If we're going to look at immigration policy and see the ways in which it needs to be changed, we have to take into consideration all the various conditions," says Romero. "The argument would be, if you want to be inclusive and you want to be just, the policy has to exist without privileging one group over another."

Kimberlé Crenshaw may not have invented the word intersectionality as a call for social justice, but even she came to see it that way. In her TED Talk, Crenshaw spoke about violence perpetrated against black women, and how this violence is often invisible in the national discussion about implicit racial bias and policing. She asked why Michael Brown and Tamir Rice were household names, but not Michelle Cusseaux or Tanisha Anderson, two unarmed black women also killed by police.

Again, Crenshaw explained how intersectionality provides a prism or frame in which to see people whose experiences are often overlooked.

"Without frames that allow us to see how social problems impact all the members of a targeted group, many will fall through the cracks of our movements, left to suffer in virtual isolation," said Crenshaw.

The intersectionality mantra has been taken up by a lot of progressive organizations fighting for social equity and social justice. There is a growing recognition that not all of the members of an activist group fall into the same tidy categories or share the same experiences in the world.

At YW Boston, a community organization that grew out of one of the nation's oldest chapters of the YWCA, they say that intersectionality is "crucial" to social equity work.

"Without an intersectional lens, events and movements that aim to address injustice towards one group may end up perpetuating systems of inequities towards other groups," says a post on the YW Boston blog

As an example, it cited the 2017 Women's March, which caught flack from transgender members of the movement because of its "vagina-centric" messaging (remember the "pussy hats"?).

"Assuming that all women have vaginas or are defined by their bodies is an oversimplification that erases the experiences of those who exist beyond the gender binary," writes YW Boston. "By avoiding language that assumes our own experiences are baseline, we can open ourselves up to listening to others' points of view."

The Backlash Against Intersectionality

The embrace of intersectionality by the left has led to a backlash on the right. Critics of intersectionality don't see it as a way of including or "seeing" a broader diversity of experiences, but as a type of political correctness on steroids. The goal of intersectionality, as conservative pundits like Ben Shapiro see it, is to pit people against each other in a kind of "oppression Olympics."

"[Intersectionality] is a form of identity politics in which the value of your opinion depends on how many victim groups you belong to," says Shapiro in a video. "At the bottom of the totem pole is the person everybody loves to hate: the straight white male." He goes on to say that a gay black trans woman who is also Muslim would rank above a gay black trans woman who wasn't. "The more memberships you can claim in oppressed groups, the more aggrieved you are and the higher you rank."

Conservative writer Andrew Sullivan called intersectionality a new "religion" imposed on liberal college campuses in which anyone not sufficiently "woke" is shunned and their voices silenced.

"[Intersectionality's] version of original sin is the power of some identity groups over others," wrote Sullivan. "To overcome this sin, you need first to confess, i.e., 'check your privilege,' and subsequently live your life and order your thoughts in a way that keeps this sin at bay."

"I have always corrected them by using myself as an example," says Romero. "There are times when I am disadvantaged and other times when I have advantages over other people. It's very rare to find somebody who has absolutely no advantages in any situation."

Seen that way, even Shapiro's vilified "straight white male" benefits from some of those "liberal" intersectional policies.

"What's the white male's age, their class, their citizenship?" asks Romero, "As we all get older, for example, we have certain structural disadvantages that we share with people who are disabled."

In the most just and equitable version of our world, we all hope that there are policies and institutions in place that "see" all of us in the various circumstances of our lives and give us all a fair crack at happiness.

Now That's Cool
If you want to learn more about how intersectionality can be used for good, check out "Solidarity Politics for Millennials: A Guide to Ending the Oppression Olympics" by Ange-Marie Hancock.