Why Internet Cat Videos Could Be a Dictator's Ultimate Pacification Tool

by Patrick J. Kiger Jul 6, 2016
Get your fill of Grumpy Cat if you must, but seek out online information and news, too. Peter Kramer/NBC/Getty Images

As internet use has exploded across the globe,  optimistic visionaries have touted it as a democratizing influence — a means for activists to spread new ideas and opinions and organize supporters to press for change. For example, Chinese democracy activists figured out ways to get around the communist government's efforts to censor outside news and email. Citizens of Middle Eastern countries used social media to organize protests against repressive regimes in the 2011 Arab Spring.

But it's harder to think of examples of countries in which internet use actually has led to more freedom, and social science researchers may have found the explanation. A new study published in the online edition of the journal Communication Research reports that Russian and Ukrainian Internet users' interest in and desire for democracy is linked to their web habits and what they see as the purpose and benefit of online access.

People who use the internet primarily to read the news and share political opinions were most likely to demand more democracy. Conversely — and this is the scary part — those who see the computer or phone screen primarily as a source of entertainment are notly only less interested in political freedoms, but more likely to support authoritarian rulers.

"Just like any other form of communication, the internet isn't inherently good or bad for democracy," said co-author Elizabeth Stoycheff, an associate professor of communication at Wayne State University, in a press release. "It all depends on how people choose to use it."

"The Internet is not a democratic cure-all promoting democracy," Nisbet said. "If you want to mobilize people to support democracy in an autocratic country, you need more people who are using the internet to learn about what is going on and to discuss political issues."

On the flip side, the researchers found that the internet actually allowed entertainment-oriented users to "further alienate themselves from political affairs."

Those who prefer the internet for entertainment also overestimate the amount of freedom they actually have, the study found. In the study, the researchers found that subjects who went online mostly for entertainment tend to think their countries enjoy more democracy than they actually do. "Entertainment internet makes citizens less critical and more pacified with how their authoritarian governments are operating," Stoycheff said.

Now That's Cool
YouTube co-founder Steve Chen was the first person to ever upload a cat video to the site; in its 11-year-lifespan, the footage of his cat Pajamas playing with a toy has garnered only about 48,000 views.

Who Gets to Be Transhuman?

Your Dog or Cat Can Have Depression, Too 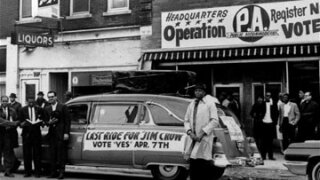 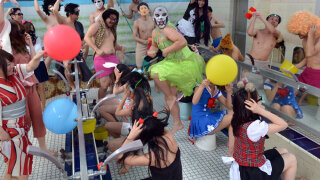 What makes things on the Internet go viral?

How does the internet work?