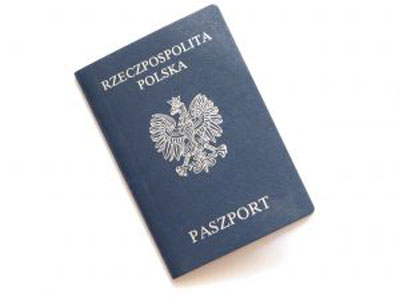 A passport is an essential document for identifying yourself at a port-of-entry. Your visa will likely be pasted inside.
Photo courtesy stock.xpert

­T­he first step in immigration, no matter your age, employment status or country of origin, is to apply for a visa. For citizens of some foreign countries, visas are required just to travel to the U.S for vacation. A student visa is another type of nonimmigrant visa. Other visas are granted to people who come to the U.S to work temporarily, and these visas are often easier to get for those who are prominent in certain fields -- athletes, artists, entertainers, professors or business leaders.

If someone wants to move to the U.S., he or she has to first fill out an application for an immigrant visa for permanent residence and submit it to a U.S. Consulate in the country of origin. Once the application has been submitted and any necessary fees paid, the applicant has an interview with a consular officer, who asks questions about the applicant’s background and his or her plans for immigrating to the U.S. This officer then makes the decision whether or not to grant a visa.

Having a visa doesn’t guarantee entry into the U.S. It allows the holder to travel to a port-of-entry (i.e. an airport or land border) where an immigration inspector decides whether or not to let the visa holder into the country.

The type of visa available to a potential immigrant depends on a variety of factors, including:

In the next few sections, we’ll look at some different types of immigrant visas. As with much of the immigration process, figuring out which type of visa is best for you can be a confusing process, so if possible, talk with an immigration attorney or another expert. We’ll also provide some links at the end of the article to some useful reference sites.

If you have a relative who is a U.S. citizen or permanent resident, you can apply for one of the 480,000 visas available every year to immigrants seeking to join family members in the United States.

First, your relative must file an I-130 Petition for Alien Relative and provide proof of your relationship. The relative also has to prove by an Affidavit of Support that he or she can support you at 125 percent above the poverty line. The I-130 petition must then be approved by the United States Citizenship and Immigration Service (USCIS), and the relative will be notified when the petition is approved or denied.

If the petition is approved, the Department of State checks to see if an immigration visa number is available for you, the potential immigrant. If already inside the U.S., you can apply to have your status changed to lawful permanent resident after an immigrant visa number becomes available. If you’re outside the U.S. when a number becomes available, you must go to the U.S. consulate assigned to that area.

Obtaining one of the 480,000 visas available every year may one day lead to gaining U.S. citizenship.
Photo courtesy USCIS

Provided they are at least 21, parents, spouses, and unmarried children of U.S. citizens don’t have to wait for an immigrant visa number after the USCIS approves the petition filed for them. According to the USCIS Web site, everyone else must wait for a visa number in this order:

If you don’t have a relative living in the U.S., you may be able to qualify for the Diversity Lottery Program. This program hands out 55,000 visas each year to people emigrating from countries with low levels of immigration to the U.S. The State Department actually selects 110,000 people a year because many don’t complete the visa process. After 55,000 visas are issued or the fiscal year ends, the lottery is closed for that year. If you receive a visa this way, you can live and work permanently in the U.S. and bring your spouse and unmarried children who are under 21.

For information on which countries are eligible for the Diversity Lottery Program, check out the State Department’s Bureau of Consular Affairs Web site. Some countries may be eligible one year and ineligible in another, so it’s important to stay up to date.

Employers can sponsor potential employees in order to bring them to the U.S. First, the employer must submit a labor certification request to the Department of Labor. After the certification request is granted, the employer must file a Petition for Alien Worker, to be considered by the USCIS. If the petition is approved, the applicant can then get an immigrant visa number from the State Department. If the applicant is inside the U.S., he or she must apply to adjust to permanent resident status. If outside the U.S., he or she must go to a U.S. consulate to finish the process.

This world map has been modified to show net immigration throughout the world. Countries appearing larger than their normal size experience higher levels of immigration.
Image courtesy © Copyright 2006 SASI Group (University of Sheffield) and Mark Newman (University of Michigan)

Every year 10,000 investor visas are made available, 5,000 of them for people applying to a pilot program run through USCIS-designated “Regional Centers.” A Regional Center is an organization or agency, approved by the USCIS, that focuses on a geographical area and “seeks to promote economic growth through increased export sales, improved regional productivity, creation of new jobs, and increased domestic capital investment” [ref].

To get a visa through the program, an alien investor has to prove that he or she is making an investment in a commercial endeavor in an approved Regional Center and that 10 or more jobs will be created directly or indirectly by the project.

Celebrities like Angelina Jolie and Madonna have made news by adopting children from abroad, but in fact, Americans adopt about 20,000 children from foreign countries every year. More than 200,000 foreign-adopted children now live in the U.S [ref]. Although there are some exceptions, children generally must be adopted before age 16. If you are interested in adopting a child from abroad, an adoption agency can advise you about the process.