How Easily Can an American Move to Canada?

Google searches for "how can I move to Canada" spiked 500 percent the night of Super Tuesday, as Donald Trump won state after state in the Republican presidential primaries. Comedians and pundits jumped on the bandwagon, joking that Canadians are building a wall to keep Americans out, or saying that Prime Minister Justin Trudeau's adorable panda photo will intensify Canada's immigration crisis.

But if Trump does win the Republican nomination, and then the U.S. presidency, how easy will it be for disgruntled liberals to make the move north? (We put the question like that because while conservatives may threaten to leave the country if Democratic front-runner Hillary Clinton becomes president, Canada, with its universal health care, welcoming attitude toward Syrian refugees and stricter gun laws, seems an unlikely destination.)

Moving is not as easy as typing a Google search or voting for a candidate, but it can be done. Just maybe not before the next U.S. president's term is completed.

First stop, Canada's immigration and citizenship website, where a notice at the top of the home page says you may experience delays in using the site due to internal technical difficulties. (Could the delays also be due to a surge of visits from Americans?)

Scroll to the bottom of the home page and click on the photo of a smiling, happy group of people saying, "Come to Canada." Nice welcome! A questionnaire on the next page will help determine your eligibility. The first multichoice question is "What would you like to do in Canada?" Unfortunately, "escape a Donald Trump presidency" isn't one of the answer options. The answers are more basic, like "study" or "work."

Think about your answers very carefully, says Maria Liston, associate professor and chair of the anthropology department at the University of Waterloo, in Waterloo, Ontario, in an email. Liston moved from the U.S. to Canada 19 years ago for a university job, and she's still there as a permanent resident. "You can't actually move to Canada just because you want to."

Liston is right. Like every other country, Canada has regulations concerning who it accepts. If you have family there already, they can sponsor you; your company can transfer you there or you can try to get a job with a Canadian company. If you have funds to invest or are self-employed, with a large net worth, you also may be eligible for permanent residency.

If you seem to be eligible, based on the questionnaire, you'll need to gather a large number of documents and fill out a jillion others to apply for permanent residency. Next, you'll pay the processing fee of $350 (CA$490). Then you'll wait to be called. The time frame for processing your application varies depending on which category you apply through. For instance, as of March 8, 2016, the waiting time for a self-employed person was 109 months (a little over nine years). For family members, it was 26 months to sponsor a spouse or partner and around five years for parents and grandparents. (Compare that to the U.S.: It takes around eight years to sponsor a parent and two years to sponsor a spouse. Grandparents are not eligible for sponsorship, though brothers and sisters can be sponsored via a 13-year wait.)

There is also an express category for so-called "skilled workers" where the processing time is six months, but applications are only for "people we have invited to immigrate to Canada under certain economic immigration programs," as the Canadian government puts it.

Once you've received permanent resident status, you'll have to physically live in Canada for two out of five years in order to maintain it. To become a citizen, you must have lived in Canada as a permanent resident for four out of the last six years, have filed Canadian income taxes, be 18 or older and prove that you can speak either or both of the official languages: English and French.

You might think living in Canada is not that different from living in the States, but as Liston has learned, it is.

"Canada has a real love-hate relationship with the U.S.," she says. "It's hard for them to live with such an enormous economy and political power as their only land neighbor. Most Canadians live up to their self-image of being polite and charming people and keep their opinion of Americans to themselves. But as a white, middle-class American, experiencing real prejudice aimed at me has made me much more sympathetic to issues of immigration and bigotry."

Now That’s Interesting
Cape Breton, a beautiful island with a declining population off the eastern coast of Canada, has taken this opportunity to welcome all Americans – Republicans and Democrats – according to their website Cape Breton if Donald Trump Wins.

In Search of the Perfect NCAA Bracket? Try Winning Powerball Instead 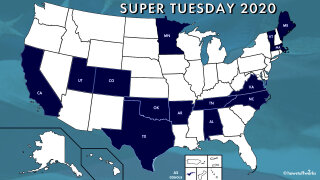 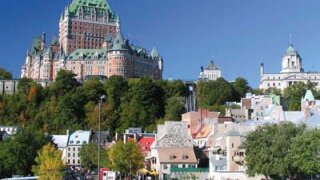 How can parts of Canada be 'missing' gravity? 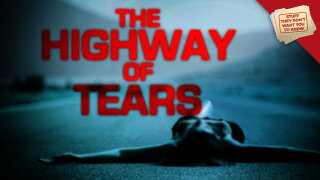