How Do Kindergartners Decide Who Is 'Smart'?

by Kate Kershner Jan 12, 2017
Some kindergartners, and their teachers, may be looking to behavior to define which peers are smart. FatCamera/Getty Images

A lot of parents and teachers are keen to prepare their children for kindergarten, to get a leg up on classroom learning and even social behavior. Just look at the rise in funding for U.S. state-funded pre-K over the past few decades.

But it turns out that it's not necessarily preparation or innate intelligence that could set kids apart in the classroom, according to an interesting, small study that the JSTOR folks just highlighted; it might just be the preconceived ideas of what makes a kid "smart." And these social and learned prejudices can define how teachers categorize children when it comes to their intellectual outlook.

Beth Hatt, a researcher and professor at Illinois State University, spent a year in a kindergarten classroom in the Southeast studying how a teacher and a teaching assistant — and thus the children they taught — defined and categorized "smartness."

What she found after spending 865 hours in the class of 25 students was that race, class and behavior were being used as classification tools for intelligence. Of the 25 children, 15 were white and 10 were black, and all were from a community with a range of socioeconomic classes. The teaching staff were both white, middle-class women.

Shocking that race, class and behavior were influencing perceptions of smartness, right? Probably not. We're all aware that our prejudices about race and class affect how we view those around us. (Sometimes in ways that can harm our health.) But we generally like to think that intelligence is measurable and objective.

What Hatt found is that even early on, her definition of intelligence was quite different from the teacher she was studying. The teacher was assessing smartness based on behavior, for one, and even their social and racial background. Hatt defined intelligence based on academic knowledge. The child with the highest pre-K assessment scores — a white, low-income child with a speech impediment — was never categorized as "smart" by the teacher in Hatt's assessments.

Hatt's research points to something larger: Our earliest perceptions of whether we're smart or not may be based on social constructions, not objective data. And smartness, Hatt wrote, became a "tool of social positioning," meaning that children who were perceived as "smart" had more power than those who weren't. It also operated as a "tool of social control": Docile, submissive and acceptable behavior defined who was smart.

So beware of pulling 5-year-olds into categories; not only are they categories you've probably carefully curated to fit your own experiences, they could be defining a student's academic future inaccurately.

Now That's Interesting
Not convinced that kids were defining smartness based on behavior? In Hatt's study, she notes that the classroom had a system where toy cars assigned to each student were given a green light at the beginning of the day. Bad behavior would cause your car to move to yellow, then red. Every child defined " being smart" to Hatt as "not having to move your car."

Orca Menopause May Be Related to Mother-Daughter Competition 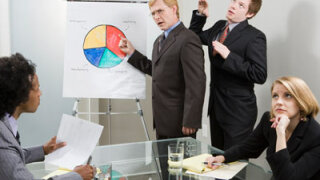 Is emotional intelligence a better indicator of brain health than IQ? 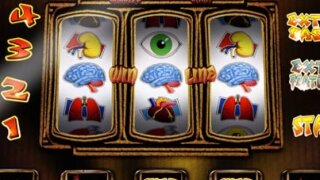 What constitutes a person's IQ?