How Did 'Stand Your Ground' Laws Originate?

Browse the article How Did 'Stand Your Ground' Laws Originate? 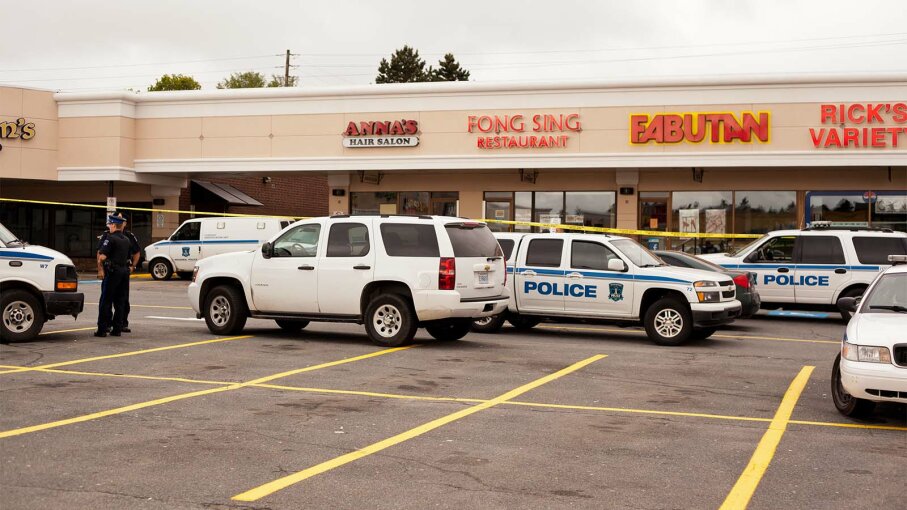 "Stand Your Ground" laws are legal justification for self-defense from perceived threats against an individual, including the use of deadly force. The variations occur in the definition of the location where the claim of self-defense can be used. In the Drejka case, it was a parking lot like this one. sshaw75/Getty Images

On July 19, 2018, outside a convenience store in Clearwater, Florida, 47-year-old Michael Drejka, began arguing with Brittany Jacobs about a handicapped parking spot while her boyfriend, Markeis McGlockton, shopped inside the store. After learning of the argument, McGlockton allegedly returned to the car and pushed Drejka to the ground. Drejka then pulled out a Glock .40-caliber pistol and, according to police reports, shot McGlockton in the chest. Thirty minutes later McGlockton, father of three, was dead.

But what are "Stand Your Ground" laws, and where do they come from? In short, these laws are legal justification for self-defense from perceived threats against an individual, including the use of deadly force. Florida statute 776.013, the Stand Your Ground law of Florida, states: "A person who is in a dwelling or residence in which the person has a right to be has no duty to retreat and has the right to stand his or her ground and use or threaten to use: Nondeadly force against another when and to the extent that the person reasonably believes that such conduct is necessary to defend himself or herself or another against the other's imminent use of unlawful force; or deadly force if he or she reasonably believes that using or threatening to use such force is necessary to prevent imminent death or great bodily harm to himself or herself or another or to prevent the imminent commission of a forcible felony."

The idea behind Stand Your Ground laws comes from the Castle Doctrine, according to Caroline Light, author of "Stand Your Ground: A History of America's Love Affair with Lethal Self-Defense," and senior lecturer and director of undergraduate studies at Harvard University. The Castle Doctrine was a common law that allowed for an individual to defend themselves in the home, whereas typical English common law doctrine stated persons had a duty to retreat when faced with a hostile threat. Light explains that the Castle Doctrine dates back to the 1600s "and was the one exception to the duty to retreat to preserve life and let the state adjudicate the wrong."

"The boundaries of the castle began to move out of the home around the time of the American Civil War. After the Civil War there were state cases that expanded the boundaries that of where a man can defend himself outside of his home," Light says.

"There was a deliberate push by the NRA (National Rifle Association) and the ALEC (American Legislative Exchange Council, run by the Koch brothers), to expand stand your ground laws in the mid-2000s, starting with the south — with Florida being the harshest," Light says. The first Stand Your Ground law in American came to pass in Florida in 2005. Beyond offering immunity, it has been expanded with amendments that require the prosecution to prove the individual threatened was not reasonable in defending their property.

"Approximately half the states have SYG laws," says Light. "The variation is in the definition of the social geography where self-defense can be used." According to Giffords Law Center, 29 states have Stand Your Ground laws of some form or another. Another seven "permit the use of deadly force in self-defense in public with no duty to retreat through a combination of statutes, judicial decisions and/or jury instructions."

Light offers that there are a host of underlying roots to the development of Stand Your Ground laws, most of them stemming from racial and gender issues.

"In the U.S., the [history of] the Castle Doctrine was specifically for white, property owning men. It sounds like a universal, written in race and gender-neutral terms, but it's not adjudicated that way. Stand Your Ground laws are the selective expansion of the Castle Doctrine, but only for certain people; one that's written for everyone, but not adjudicated for everyone. There are cases where black families are prosecuted for the same defense. Women who try to claim Stand Your Ground against violent partners go to jail," she says.

The chief example she points to is that of Marrisa Alexander, a Florida woman who was convicted in 2012 of three counts of aggravated assault with a deadly weapon after firing a warning shot, in her home, after her boyfriend threatened to kill her. She was released from prison in 2017. The law has also been proven to be ineffective in combating crime. In 2017 a study by Oxford University, published by the American Medical Association discovered that homicide rates in Florida have increased nearly 25 percent since the introduction of its Stand Your Ground law.

In the case of Michael Drejka, Florida's Stand Your Ground law proved to be no defense for his shooting of Markeis McGlockton. On Aug. 13, 2018, the Florida States Attorney's Office charged Drejka with manslaughter.

Now That's Interesting
On March 16, 2018, Wyoming became the 36th state to qualify as a "Stand Your Ground" state.