by Patrick J. Kiger Jun 22, 2016
A vote on Thursday, June 23, will decide the future relationship between the United Kingdom and the European Union. Christopher Furlong/Getty Images

On Thursday, June 23, British voters will go to the polls and decide a referendum on a "Brexit" — basically, whether their country should stay in the European Union, or perform a British exit and go it alone. To understand what Brexit means, you need to know a little about the EU. The Union is a community of 28 nations that began evolving after World War II. It essentially functions as a big mega-country, allowing goods and people to move across national borders more freely, and to set common policies on a wide range of issues, from climate change, the environment and human rights to migration and international security.

British supporters of staying in the EU see membership as a big benefit to the British economy, because it makes selling products and services to other European countries easier, and enables a flow of immigrant workers who fuel growth and pay taxes to support that country's extensive safety net of social services. But opponents argue that the EU's bureaucracy and rules are too much of a burden for British business, and that the country receives too little in return for the billions of British pounds that it pays to support the EU. Critics also think that they'd be better off without competition from foreign workers, and that in an age of international terrorism and massive floods of refugees, unencumbered movement across borders isn't necessarily a good thing. (Here's a Council on Foreign Relations backgrounder that provides more details about how immigration figures in the Brexit debate, and check out this video for a deeper dive into all the issues at play:

For Americans watching from the other side of the Atlantic, though, what a Brexit might mean for the British isn't as important as what impact it might have upon our economy and national security.

The U.S., after all, has extensive economic ties with the EU and in particular with Britain. The nation of 66 million is the fifth-biggest market in the world for US exports, accounting for sales of goods and services worth $110 billion in 2014, according to the U.S. Department of Commerce. More than 7,500 U.S. companies have set up operations there, and about two million jobs in both countries are dependent upon the $1.1 trillion in investments the two countries have made in each other. And for the U.S., Britain also serves as a convenient gateway — one that speaks the same language — for doing business with the rest of Europe. That ease of access helped U.S. companies to make $272 billion in sales to European countries in 2015.

It's no wonder that many U.S. business leaders have warned of dire consequences if a Brexit takes place. "Today, we can service EU companies here freely, with systems, technology, research, investment banking, sales and trading. We can do it here," said J.P. Morgan chief executive Jamie Dimon in a recent speech to British employees. "After a Brexit, we cannot do it all here and we are going to have to start planning for that."

Some have even worried that the uncertainty caused by a Brexit — which would require the British to work out new trade agreements on its own — could cause global financial markets to plunge. But if it's any reassurance, one prominent expert thinks that's unlikely to happen, because investors and institutions have been preparing to cope with such a shock.

"In the immediate time, the markets are pretty well positioned to adjust to a Brexit impact," says Russell Green, an international economist at Rice University's Baker Institute for Public Policy. "Everybody has had time to protect themselves. You'd expect to see some decline in the British Pound, and some impact upon equity markets. But I would be surprised if the impact is really dramatic."

But Green isn't quite as sanguine about the longer-term effects that Brexit would have on American businesses. If the breakup weakens both Britain and the EU, "it could hurt them as markets for US imports," he says. If the euro, the EU currency that the British opted out of, and the British pound are both weakened in value by the split, U.S. exports would become pricier and less desirable. (On the other hand, it also would make European and British exports to the U.S. cheaper and more appealing to American consumers, which could dampen inflation.)

Green also notes that the breakup could cause a realignment of the global financial sector, in ways whose effects are still unclear. London's financial services industry has risen to rival Wall Street, in large part because of its proximity to and ties with Europe, which make it easier for investment capital to flow. But with Brexit, "some of the advantages that London has as a financial center would be lost," Green said. "New York might actually pick up some of that business."

If that's all unsettlingly unclear, the potential Brexit impacts on national security and foreign policy are even murkier. Some experts have warned that if Britain, which traditionally has aligned itself with U.S. geopolitical interests, leaves the EU, it no longer will be able to sit at the table and convince European countries to go along with sanctions and other policies that the U.S. wants. That could weaken the U.S. hand, precisely at a time when Russia under Vladimir Putin is reasserting its influence.

Of course, since the latest polling data indicates that the election remains too close to call, there's a chance that none of this will come to pass. And even if tomorrow's referendum vote goes for the exit, it would still take about two years for the U.K.-Europe ties to be severed, as new terms and policies would have to be negotiated.

Now That's Interesting
The term Brexit was coined by the Economist magazine in 2012; companion term, "Bremainer," for those who favor staying in the EU, doesn't seem to have caught on to the same degree. 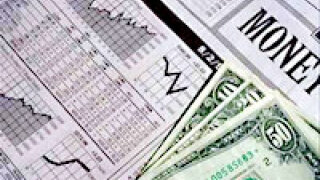 How the Euro Works 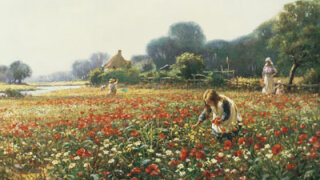