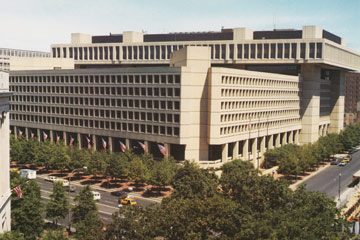 The FBI is just one agency that dedicates resources to identifying and tracking terrorists.
FBI

The United States government defines terrorism as "premeditated, politically motivated violence perpetrated against noncombatant targets by subnational groups or clandestine agents" [source: 2008 National Counterterrorism Center]. Terrorist groups are difficult to identify and track. Unlike military units or agents, a terrorist's affiliation with a particular country or ideology doesn't have to be official. Terrorists may operate with or without the knowledge of any official authority.

The anonymity and mobility of terrorists is part of what makes them so dangerous. It's also difficult to apply political pressure to stop terrorist activities. While one government might be able to gather international support to pressure another government to end hostile activities, there are few political channels a government can pursue to curtail terrorism.

In some countries, governmental authority isn't strong enough to crack down on terrorist groups. In others, the government might have a similar philosophy to terrorist cells. These governments might not put forth much effort to ending terrorist activity.

That's why the United States dedicates billions of dollars to fighting terrorism -- the 2010 budget request for the Federal Bureau of Investigation's counterterrorism/counterintelligence programs was $3.1 billion [source: U.S. Department of Justice]. Other government agencies also have budgets for counterterrorism task forces. However, the details of the National Counterterrorism Center's budget are classified [source: Hunt]. So, it's really impossible to say exactly how much money goes to tracking terrorists.

But how does the government track these groups in the first place? What sources of information are reliable? Is there coordination among various antiterrorist task forces? Let's take a closer look.

The 9/11 tragedy in the United States raised many questions about how the government gathers intelligence on terrorist cells. The government recognized a need for a centralized task force to compile and store the stacks of information various intelligence organizations had built over the years. Most of these agencies had limited communication with other groups. While the United States as a whole had a great deal of information about terrorists, that information was split up among various agencies. The country needed a more unified approach.

Presidential Executive Order 13354 was an attempt to establish an agency dedicated to such a goal. It established the National Counterterrorism Center (NCTC) in 2004. The head of the NCTC reports to two individuals: the President of the United States and the Director of National Intelligence. The NCTC employs around 600 analysts. It's their job to collect information from other groups such as state, local and tribal law officials as well as federal agencies like the FBI. The NCTC then collates this information and makes it available to other law agencies to help with investigations.

The NCTC oversees an enormous database called the Terrorist Identities Datamart Environment (TIDE). According to the NCTC, there were more than 564,000 names in the TIDE database as of January 2009 [source: NCTC]. The NCTC points out that many of these names are aliases -- the organization estimates that the list actually represents about 500,000 people.

Most of these names come from reports submitted by law enforcement and intelligence officials. As these officials gather data, they submit it to the NCTC. The NCTC must format and file the information in the TIDE system. This is more complex than it sounds -- each agency might have its own format for collecting information. The NCTC must take all of these different styles and convert them into a single format to make the database usable.

The NCTC makes the list available to customs officials, the Department of State's visa office and port authorities. The people working in these offices are the United States' first line of protection against terrorism. It's their job to check people entering into the country against the terrorist watch list.

Next, we'll look at how the government tracks terrorist cells.

The number of governmental agencies involved in collecting intelligence is impressive. It includes: 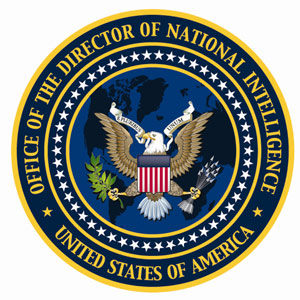 The Office of the Director of National Intelligence oversees the activities of the NCTC.
Hemera/Thinkstock

The United States relies on its own agents as well as foreign governments to keep track of terrorists. U.S. officials investigate terrorist activities, interview locals and monitor foreign press to gather information.

In addition to basic footwork, several intelligence agencies monitor global financial transactions to search for evidence of terrorist activity. This is a monumentally difficult task -- daily transactions number in the billions. Sorting through those data would be impossible. Agents must rely on leads to help find transactions that connect to terrorism. They also keep an eye on various charities and businesses believed to be covers for terrorist funding programs.

Once they do find such evidence, the United States government will often apply pressure to have the terrorists' accounts frozen. This cuts off the funds a terrorist cells needs to pay its own agents and purchase supplies.

An emerging opportunity to gather intelligence is through the Internet. Some terrorist cells recruit through message boards and chat rooms. Agents posing as potential recruits gather information online in an effort to expand our knowledge about who the terrorists are and what their plans may be.

One area of contention is spying on personal communication. In the wake of 9/11, the United States government expanded its ability to monitor private communication between individuals. Civil liberties proponents criticized these policies. The formation of the Information Awareness Office (IAO), in particular, caused concern. The IAO's goal was to achieve total information awareness by leveraging technology to identify and track terrorists. Human rights groups said that such a goal would violate privacy for innocent civilians.

The IAO had a short lifespan -- after much bad press, Congress decided to disband the program. Many of the projects that existed under the umbrella of the IAO continued in various departments, mostly at the Defense Advanced Research Projects Agency (DARPA) [source: Cherry].

There will probably be a struggle between security and privacy for many years to come. Gathering intelligence is, by its very nature, invasive. But without intelligence, it would be difficult or even impossible to predict and prevent terrorist activities.

Learn more about terrorism and the United States government by following the links on the next page.