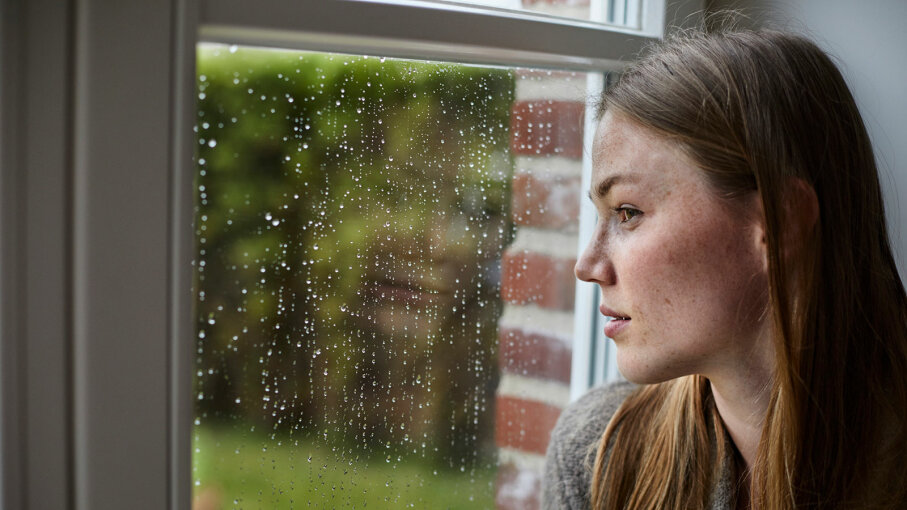 Being forced to stay home during the COVID-19 outbreak may start to feel like house arrest, but it could be worse. Oliver Rossi/Getty Imges

Whether you're officially quarantined or just hunkering down at home, the COVID-19 pandemic has the world on lockdown. If you haven't left your house or had a meaningful face-to-face interaction in weeks, you might wonder, is this what it feels like to be on house arrest? Or do even convicted felons have more freedom than folks who are self-isolating from the coronavirus?

"That's not an inappropriate observation," says Marjorie Peerce, a criminal defense attorney and partner at Ballard Spahr in New York. "The difference is that if you violate social distancing guidelines or take a drive when you're not supposed to, you won't get taken to jail. There are real consequences for somebody who violates home confinement rules that would not apply to you."

"Home confinement" or "home detention" are the official legal terms for house arrest, which is a special type of sentence or condition of release imposed by a judge in criminal cases. While every case is different and state laws vary, court-ordered home confinement is not that different from what many people are experiencing in regions of the world hardest hit by COVID-19.

The terms of each home confinement sentence are laid down by the judge, who decides how much contact the detainee is allowed to have with the outside world. Peerce says that some people on house arrest can't even stray as far as their front porch, while others are allowed to leave during the day for work or grocery shopping as long as they're back at the house by a set curfew.

But even the most "lenient" court-ordered home detention is still a punishment, Peerce insists.

"It is confinement. You are locked in. It is not a life of luxury. Liberty is curtailed," says Peerce. "A judge is controlling when you can and cannot leave your home."

When is Home Confinement an Option?

In the bail situation, a judge may choose to confine an individual to their home if they are considered a flight risk. The whole point of bail is to allow someone who has been formally indicted for a crime to be released from jail while they await trial. Bail can be denied, however, if it's a violent offense or if there's suspicion that the defendant will try to flee the country. In cases where the flight risk isn't serious enough to warrant incarceration, the judge could impose home confinement instead.

The other two scenarios involving home confinement happen during the sentencing phase after someone has been convicted of a crime. If it's a first offense or a nonviolent crime, the defense attorney may decide to request home confinement in lieu of any actual jail time. In that case, the judge may order a period of home confinement as part of a longer sentence of probation or community service.

If the crime is serious enough to warrant a prison sentence, the judge may still tack on a period of home confinement at the end as a type of supervised release. Peerce says that when a judge pronounces a five-year jail sentence, it could break down as four years and two months behind bars, four months in "community confinement" — a halfway house with a curfew — and finally six months of home confinement.

A Different Type of Shackle?

As Peerce says, house arrest isn't a walk in the park. People sentenced to home confinement are required to wear an electronic monitoring device — often an ankle bracelet with a radio or GPS transmitter — that tracks their movements 24/7. According to people who have lived with these devices, ankle bracelets can feel like another form of jail.

In many states, individuals pay a daily "rental" fee for the bracelet, as much as $25 a day. The transmitter must be frequently recharged, and if the battery dies, that could send the police to your house. In some drug convictions, the ankle monitor is equipped with sensors that test sweat for signs or drug or alcohol consumption. Some ankle monitors even allow probation officers to initiate two-way communication with the device without the individual's consent.

Peerce has had clients who couldn't wear an ankle monitor for medical reasons, but who still had to check in with an automated phone system to make sure they weren't violating curfew.

"A machine would call their landline telephone in the middle of the night, they'd be prompted to say some magic words and the machine would determine whether it was the right person," says Peerce. "When you first wake up, your voice doesn't sound the same, so the client would often get woken up and the voice wouldn't match, so they just decided to stay up until the machine called."

If you've been truly locked down and quarantined during the coronavirus pandemic, you might be feeling levels of isolation that are worse than those some home detainees experience.

Depending on the sentence, people on house arrest may be allowed to leave the house for all manner of necessary activities including work, schooling, child or elder care duties, shopping, religious services and more. In many cases, they are allowed to receive visitors at home or at least family members. So, if you haven't seen your grandma in a month, your "sentence" is probably worse than the normal house arrest.

But before you get jealous of convicted felons, remember what Peerce said about the price of breaking the terms of home detention. You could get thrown in jail, the last place anyone wants to be, especially during a pandemic.

In addition to being a litigator, Peerce is co-chair of the Sentencing Committee of the National Association of Criminal Defense Lawyers, where she advocates for policy reforms to make criminal sentencing more fair and equal.

As the COVID-19 pandemic worsens, Peerce says it's desperately important to move as many prisoners as possible to alternative sentencing like home detention. COVID-19 will move quickly through prisons, where vulnerable populations have no viable options for social distancing.

Peerce thinks that if more people understood that home detention was a true punishment and not a walk in the park, the Bureau of Prisons would be more likely to reassign inmates to house arrest and potentially save thousands of lives. Perhaps this prolonged general sheltering in place may help to make that point.

Now That's Interesting
Buzzfeed News interviewed two parolees who'd spent time on house arrest. Their advice for people struggling with staying at home during COVID-19? "Go back to the basics" and have dinner as a family or play a board game. Or take up a hobby, like painting. And if your family members start bugging you? Go into another room and shut the door. "Everything will pass," advised one.