Not Making a Deal 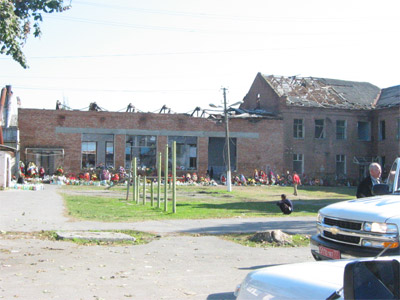 Although refusing to negotiate with terrorists is often a politically popular idea (no one wants to "give in" to terrorists), it can be disastrous. Even if the government has no intention of granting the demands, the process of negotiating itself is vital to achieving a peaceful resolution. Two of the most horrific hostage incidents in history ended in tragedy in large part due to Russia's outright refusal to negotiate with Muslim Chechen separatists.

In October 2002, armed terrorists took over a Russian theater, threatening to blow it up if their demands for a Russian withdrawal from the Chechen region weren't met by the deadline. The Russians waited several days before appointing an official government envoy to conduct the negotiations, and then decided to storm the theater using "knockout gas" instead of negotiating further. In the end, 129 hostages died, almost all of them due to the poisonous gas [ref]. Although poor planning and a lack of proper medical care has been blamed for the high death toll, further negotiations may have been able to reduce the number of casualties.

Unfortunately, history repeated itself in 2004, when Chechen separatists invaded the Beslan elementary school with an arsenal of guns and bombs. Again, the Russians resorted to an armed assault with tragic results. The hostage-takers blew up the gymnasium where most of the hostages were being held. More than 300 hostages were killed, more than half of them children.

In contrast, France had a reputation in the 1970s and '80s as a nation that was willing to negotiate and make deals with terrorists. The result was that France became a prime target for terrorists attacks, and terrorist groups that had agreements with the French government regularly broke those agreements.

Next, we'll examine a case study of a hostage negotiation.