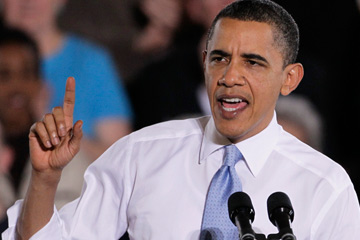 It's very hard for an individual to find reasonably priced health coverage, as a lone person represents high risk. An entire company of employees, however, allows the insurance company to spread that risk around. Each member of the group pays for the insurance, but not everyone will need to take advantage of the most expensive benefits. Adding young people to a risk group is desirable to insurers because they're generally very healthy.

That's why the Obama administration estimates that the costs of covering these young people up to age 26 will remain relatively low given how many people -- 1.2 million -- are entering the market. Parents adding a dependent back to their coverage will see their premiums rise 0.7 percent, according to the White House. In 2011, that translates to $3,380 per dependent ($3,500 in 2012 and $3,690 in 2013) [source: Pear]. Parents can't be charged more for those young adults that they add back to the plan; the law requires that prices be kept equal to those charged for other dependents who didn't lose coverage. Employees with individual plans won't see any additional costs, and the hope is that their premiums will be kept in check if fewer uninsured 20-somethings show up at the emergency room.

In addition to the peace of mind of knowing that their new graduate has health insurance, parents will receive tax breaks for the dependents on their plan who are under the age of 26. The cost of the premium can be deducted through the end of the taxable year in which the young adult turns 26. And turning 26 doesn't mean that a young adult will automatically be kicked off a parent's plan -- some states allow for adult children as old as 30 to retain coverage -- but that's the end of tax benefit and the federal requirement.

The government has provided information about the new regulations and tax rules to employers, but at least one company isn't happy about the change. Caterpillar, the construction equipment manufacturer, estimates that merely extending coverage to dependents would cost $20 million, in addition to the costs of enacting the rest of the legislation [sources: Jonsson, Tully]. It remains to be seen whether employers will opt out of providing coverage to dependents at all, but the White House remains hopeful that businesses will continue to do so. After all, a good health insurance plan has always been a way to attract the best and brightest workers.

To learn more about other provisions in the new health care legislation, see the links below.