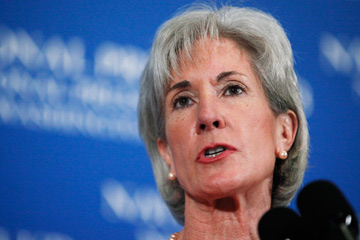 The new health care law includes a provision that allows young adults to stay on their parents' health insurance plans until they turn 26. The Obama administration estimates that about 1.2 million young adults will take advantage of the new rule, which provides young people with a nice cushion between the end of their education and their first real job.

The new policy is scheduled to go into effect Sept. 23, 2010, six months from the point that the bill was signed into law. However, the administration realized that would leave spring graduates in the lurch for a few months. Kathleen Sebelius, U.S. Secretary of the Department of Health and Human Services, called on insurance companies to begin honoring the new policy right away. To their credit, more than 65 insurers agreed. It was, after all, a money-saving move for them -- the administrative costs of de-enrolling and then re-enrolling the eligible young people have now been avoided.

Let's take a look at who's eligible for the extended coverage. The young adult must be under the age of 26, but he or she doesn't have to be listed as a dependent on the parent's tax forms. The young adult doesn't have to live in the parent's home, either, though adult children living across the country might want to explore how much help a regional plan will be to them. He or she may be married, but spouses and children of that young adult aren't eligible for coverage on the parent's plan. If the young adult takes a job that comes with health insurance, he or she is no longer eligible for coverage on the parent's plan, but that restriction is removed in 2014. At that point, those individuals under the age of 26 may elect to stay on their parent's plan, should they find the costs of their employer-based plan unacceptable; you may remember that in 2014, the requirement that all Americans carry health insurance takes effect.

Most employer-sponsored plans offer coverage to dependents, but there's no requirement for employers to do so. If a parent's current plan doesn't include coverage for dependents, then the insurer doesn't have to begin covering them now. All plans in the individual market, all new employer plans that include dependent coverage, and all existing plans with dependent coverage are eligible, though. To find out if your insurer is one of those that agreed to begin covering young people immediately, talk with the insurance company or with your employer. Otherwise, insurance companies and employers should make you aware of a special enrollment period beginning on or after Sept. 23, 2010.

This probably sounds like a pretty sweet deal to Junior, but perhaps Mom and Dad want to know a little bit more about costs before calling the insurance company. We'll discuss financial information on the next page.