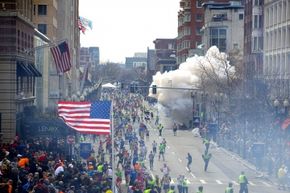 News of the Boston Marathon bombings gripped citizens of the U.S. and the world on April 15, 2013, and in the ensuing days. The incident led some to wonder whether the U.S. pays more attention to terrorism than to gun violence.
© Tom Green/Corbis

Breshuana Jackson was 28 years old and expecting a baby. On April 15, 2013, police say Tyrone Christopher Allen, 26, shot Jackson, killing his girlfriend and unborn child. "Tyrone shot me," Jackson reportedly confided to a witness moments before her death. That same day, Nigel Hardy, a 13-year-old boy in Palmdale, Calif., used his father's gun to commit suicide. Tragedy struck again that day when someone gunned down James Tucker III, 31, as he rode his bike in Richmond, Calif. [sources: Cohen, Peterson].

Chances are you never heard about these or the several other victims of U.S. gun violence that occurred that April day. That's because on April 15, terrorists set off two bombs in Boston, killing three people and injuring 264 others who stood near the finish line of the Boston Marathon. The bombings were front-page, 24/7 news as law enforcement unleashed a massive manhunt for the culprits that ended four days later in a shootout. When the smoke cleared, one of the suspected terrorists lay dead and the other captured.

The Boston bombings triggered a visceral reaction across the country that overshadowed the overheated gun-violence debate that was being waged simultaneously. The attack reminded Americans that terrorism in the homeland did not disappear in 2001 with the 9/11 attacks. The reaction to the bombings in relation to the issue of gun violence left some foreigners scratching their heads. One London journalist wrote that there had been a "collective freak-out" as Americans allowed themselves to be "easily and willingly cowed by the 'threat' of terrorism" while random gun violence went on unchecked [source: Cohen].

Although such criticism seems harsh, it has illuminated a growing non sequitur when it comes to terrorism, gun violence and public policy. Policy makers are far more willing to expend political capital and resources on combating terrorism than dealing with gun violence. In fact, days before the Boston bombings, Congress refused to expand background checks to keep the mentally ill and criminals — including international and domestic terror suspects — from purchasing guns. All of this leads to a nagging and provocative question: Is terrorism a larger threat than gun violence in the United States? 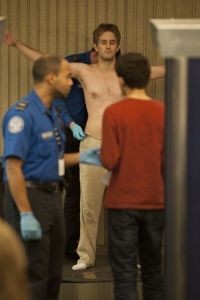 The TSA conducts a screening at Logan International Airport in Boston, Mass., the day before Thanksgiving on Nov. 24, 2010.
© Rick Friedman/Corbis

Judge for yourself. Guns kill roughly 30,000 Americans every year [sources: Diaz, VPC]. Conversely, only 17 private American citizens in 2011 were killed in terrorist incidents around the world, about the same number of people crushed each year by falling furniture [source: Zenco]. In the 40 years between 1969 and 2009, 5,586 people lost their lives due to terrorist attacks aimed at the United States. In addition, from 2001 to 2009 there were 91 domestic terror attacks, most of which were directed against businesses, as well as private citizens and property [sources: Muhlhausen and McNeill, Diaz].

Still, terrorism receives the most attention by policy makers. The Transportation Security Administration, the federal agency charged with airport security, had an annual budget of about $8 billion and 62,000 employees in 2011. Conversely, the Bureau of Alcohol, Tobacco, Firearms and Explosives — the main government body charged with regulating guns in the United States — had a budget of $1.2 billion and 5,000 workers during that same time. In addition, there's a 1,000 to 1 spending gap between the government's efforts to combat terrorism and its attempts to curb gun violence [source: Diaz].

While it can be argued that increased spending on terrorism has stopped additional attacks, lawmakers seem to be out of step with most Americans. According to several polls taken after the Boston bombings, Americans said they feared gun violence more than terrorism. Among other events, mass shootings in a Colorado movie theater, a Sikh temple in Wisconsin and an elementary school in Newtown, Conn., have caused many Americans to rethink their stance on guns. In a poll taken two days after the Boston bombings, 56 percent of those who responded said mass shootings and other violent acts committed by Americans pose the biggest threat to their safety. Only 32 percent said that foreign terrorism committed by non-Americans was a problem, while 13 percent said that domestic terrorism was a concern [source: Honan].

In addition, 23 percent of those who responded to a Pew Research Center poll three days after Tamerlan and Dzhokhar Tsarnaev allegedly detonated the bombs on Boylston Street in Boston said they were "very" worried about terrorism, while 35 percent said they were "somewhat" worried. However, the majority, 41 percent, said they were "not too" worried or not at all worried about another terrorist attack [source: Pew Research Center]. A February 2013 Kaiser Family Foundation survey found that more Americans worry about being the victim of gun violence than they do about losing their jobs or not being able to pay the rent or mortgage [source: Kliff].

There's no doubt the Boston bombings rattled the U.S. The terror ended more than a decade in which law enforcement agencies were able to keep terrorism somewhat under control. Since the 9/11 attacks, 2009 was the only year in which the number of terrorism fatalities in the United States reached double digits. At that time, an Army psychiatrist killed 13 people at Fort Hood, Texas [source: Shane].

The facts speak for themselves. Terrorism in the United States has been on the decline for nearly 40 years, while the number of gun deaths has soared. Americans were more vulnerable in the 1970s to terrorist attacks then they are today. In the 1970s, there were about 1,350 terrorist attacks in the United States. Most of those attacks involved extremist groups such as white supremacists, Puerto Rican nationalists and black militants. But aggressive law enforcement, among other things, caused the numbers to drop substantially in the 1980s and 1990s [source: Shane].

Yet, some lawmakers treat terrorism as an epidemic and gun violence as a minor malady. A push for more gun control legislation after the shootings of 20 first-graders at the Sandy Hook Elementary School in Newtown in December 2012, failed miserably in Congress. A move to ban military-style assault weapons and large-capacity magazines never made it to the floor. Expanded background checks crashed and burned in the Senate.

Why the disconnect? Some say that the United States, unlike other countries, has little experience in dealing with terrorism. As a result, we recoil at such violence, while turning our heads from more immediate dangers (read: gun violence) that are part of our everyday experiences.

Perhaps Pulitzer Prize-winning columnist Eugene Robinson got it right when he wrote this on April 23, 2013: "When we say 'never again' about terrorism, we really mean it. When we say those words about gun violence, obviously we really don't."

Author's Note: Is gun violence or terrorism a bigger threat in the United States?

I used to be a good shot. When my older brother took me shooting, he schooled me in the correct way to handle a firearm. When I blasted a plastic jug filled with water with his .357 Magnum, I was more than ecstatic, although the recoil scared the heck out of me. I've shot at targets and at cans. I liked it. Most of my friends have guns for hunting, and guns for protection. I don't begrudge them. But I know what a bullet can do to a person's body. As a journalist, I've seen the damage a gun can cause. I think that gives me a different perspective on the gun debate that many of the talking heads on cable news seem to lack.

John Perritano "Is gun violence or terrorism a bigger threat to the United States?" 30 May 2013.
HowStuffWorks.com. <https://people.howstuffworks.com/gun-violence-or-terrorism-bigger-threat.htm> 20 October 2021
Print | Citation 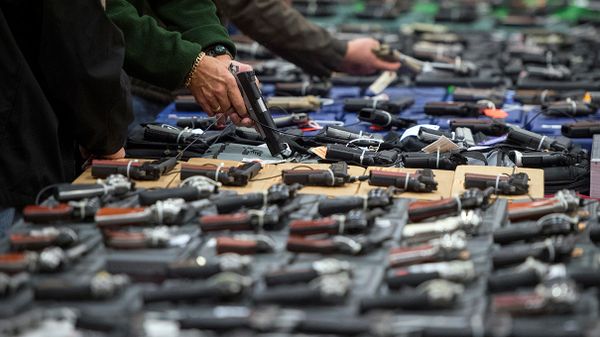 Up Next
10 Big Questions in the U.S. Gun Control Debate
Explore More 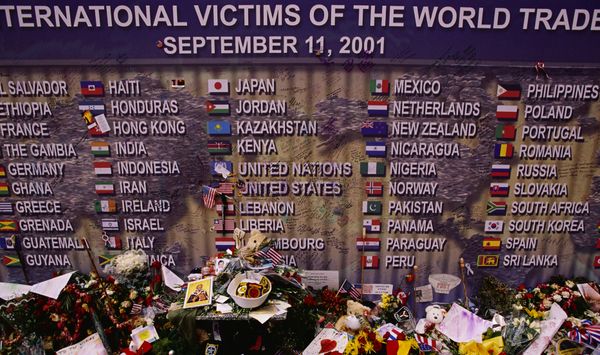 You May Like
What's the difference between mass murder and terrorism?
Explore More 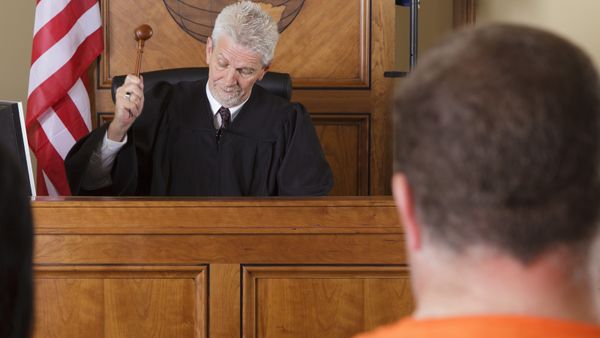 Keep Reading
Why are most mass murderers men?
Explore More