Browse the article Will your employer continue to offer grandfathered health insurance coverage? 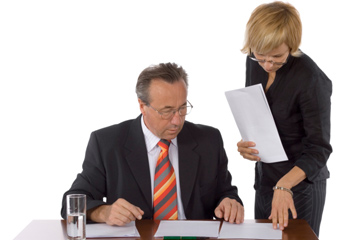 Employers around the country have been wondering if they can continue to offer the same health insurance plan under the Affordable Care Act.
Hemera/Thinkstock

When the Affordable Care Act was signed into law, all Americans with health insurance became eligible for certain customer protections. No longer could insurance companies enforce lifetime limits for coverage or make rescissions of coverage when people got sick. Parents are now able to keep their adult children on their policies until the child reaches the age of 26. But not all of act's provisions affect current insurance plans. During the campaign for health care reform, President Obama frequently said that those who liked their health plan would keep it. Health plans that were in existence when the bill was signed on March 23, 2010, would incorporate the basic consumer protections mentioned above, but nothing else.

In June 2010, the White House released regulations about these so-called "grandfathered" health plans. These plans remain exempt from certain provisions in the Affordable Care Act, such as offering free preventive care, providing a set of minimum benefits defined by the government or establishing an employer's minimum contribution to premiums. But they remain exempt only so long as they don't increase certain costs or cut benefit levels substantially.

At issue here are the more than 170 million Americans who have employer-sponsored insurance. The White House estimates that the 133 million Americans who work for a large employer (defined as a business with more than 100 employees) will see few changes in the next few years, while those who work for small employers will probably transition to a new non-grandfathered plan by 2013. Since it's unclear at this point how many employers will elect to keep their grandfathered plans, the White House released several estimates of how many Americans will be in a new plan by 2013; one mid-range estimate shows that 51 percent of American workers, mostly employed at small businesses, will lose their current coverage [source: Department of Health and Human Services].

Critics of Obama's health care plan claim that this is proof that Obama lied when he said that those who liked their insurance plan could keep it, while supporters say that enforcing the grandfathered regulations will protect consumers from rising costs. So what are these regulations for keeping grandfathered status? Who stands to win, and who's crying foul?

A grandfathered plan is one that was in existence on March 23, 2010, when the Affordable Care Act was signed. The new regulations don't force these plans to remain frozen in time; certain changes are permissible. For example, insurance companies can voluntarily adopt the new consumer protections in the Affordable Care Act or make changes that are necessary to comply with state laws. They can make regular cost adjustments in order to match medical inflation or add new benefits. But certain changes must be made within reason or the plan will lose its grandfathered status.

Your employer should notify you if your plan will be grandfathered. They may also have a few choice things to mumble under their breath when talking about grandfathered health plans; according to the business federations such as the Chamber of Commerce and the National Federation of Independent Business, these regulations are unfair to employers, particularly small business owners. On the other hand, these regulations were written with consumers in mind, and the new rules protect them from rising costs. After all, would you really like the plan you have now if you had to pay 50 percent more for it? We'll examine the reaction from businesses a bit more on the next page. 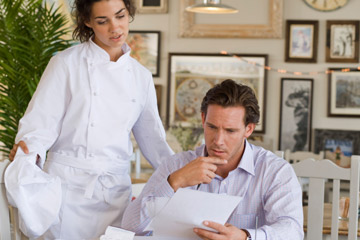 Some critics wonder if the new regulations unfairly target employers of small businesses, such as this restaurant owner.
Jupiter Images/Thinkstock

As we mentioned on the first page, it's impossible to know how many companies will elect to keep their grandfathered plans. The Chamber of Commerce estimates that enacting all of the new rules under the Affordable Care Act could raise costs between 1 and 3 percent, a cost that small businesses in particular would like to avoid [source: Johnson]. But small businesses are already facing steep cost increases -- between 10 and 20 percent -- for their current insurance plans next year [source: Johnson]. Since small business owners can't substantially restructure the cost-sharing agreements, lest they lose grandfathered status, current plans may prove too expensive to keep.

Small businesses are eligible for a new tax credit under the Affordable Care Act, which may help alleviate some of the financial strain, but the White House admits that many of them may not be able to continue to offer their current coverage. Rather than seeing this outcome as a broken campaign promise, the administration sees it as a good thing for consumers. In 2014, the health insurance exchanges will be open, and small businesses will be able to get much more competitive rates than they're able to get now. For example, the non-partisan Congressional Budget Office (CBO) estimates that premiums in the exchange in 2016 will be 14 to 20 percent lower than they would have been without the new exchange [source: Department of Health and Human Services]. Additionally, these new plans will include all of the benefits in the Affordable Care Act.

What larger employers will do is also up in the air. Though the White House estimates predict that most large employers will keep grandfathered status -- and large employers already tend to offer most of the Affordable Care Act's benefits, such as preventive care -- a survey by human resources consulting firm Hewitt Associates shows otherwise. The survey of 466 companies revealed that most employers planned to lose grandfather status, a finding that Hewitt attributed to an employer's desire to have flexibility over changing the cost structures of the plan.

Stay tuned to see how these new regulations will affect the landscape of insurance in this country. Discovery Health will always bring you the latest in the health care reform debate; to learn more about this issue, see the links on the next page.