What does a county board president do? 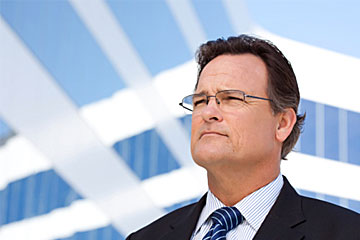 One of a county board president's responsibilities is overseeing economic development.
©iStockphoto/Thinkstock

To understand what a county board president does, you need to know the basics of county government. If you live in the United States, you're under the jurisdiction of multiple layers of government that may include national, state, county and local bodies. Forty-eight out of 50 states have operational county governments [source: National Association of Counties].

Credit the U.S. Constitution and the notion of state's rights for granting each state the power to determine its structure, governance and function. The charter or constitution of most states in the United States loosely outlines its counties' powers and often leaves it to the discretion of each county to develop its particular governmental body, based on the needs of the community. A county's governing board may refer to its members as freeholders, supervisors, administrators, commissioners or some other title, and these public servants may be appointed or elected depending on the county's state constitution. These positions are often part-time, salaried roles. County commission officers may or may not be directly connected with a political party like Republican, Democrat or Independent -- that's determined by each county's charter. The county board may have any combination of legislative, administrative or judicial authority; these powers are also determined by the county charter.

The leader of a county board -- whose title may be chairman, chief of staff, president, commissioner, administrator or executive-- may be elected by citizens or appointed by his or her fellow board members. Keep in mind that not every county board has a president. Those that do have elections typically hold them every four years; county boards that appoint a chairman or chief of staff customarily do so every two or four years, according to their respective policies. A person campaigning for an elected board president office organizes supporters, holds meetings, gives speeches, sends direct mail and buys advertisements, just like someone running for any other government office.

A county board president is typically a full-time, salaried worker with more responsibilities than a commissioner or freeholder is tasked with. He or she sees through objectives like economic development, in addition to the day-to-day operations of the county government. The president often works closely with the leaders of his or her own county as well as neighboring counties and regional, state, national and international entities focused on strengthening the economy through trade partnerships and business development.

Louisiana has 64 parishes rather than counties. Most of them are governed by a parish police jury rather than a board of commissioners.