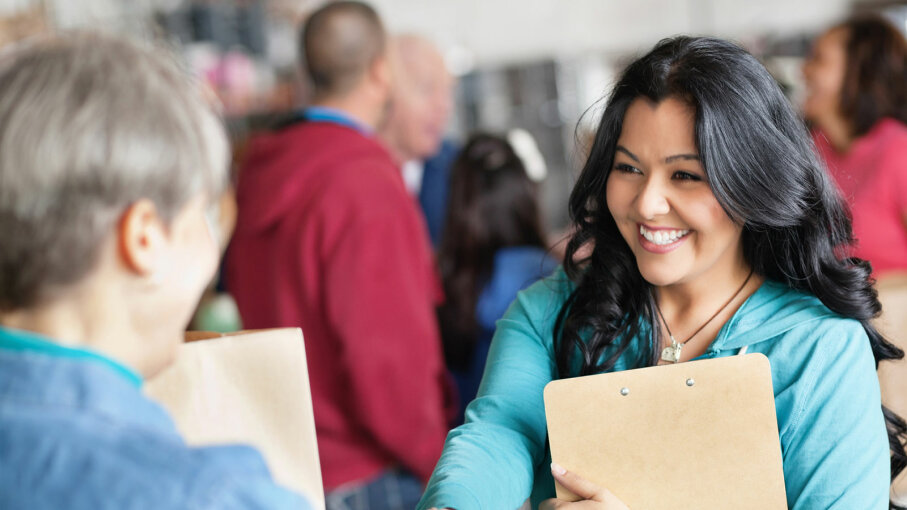 Good Samaritan laws have been enacted in many countries to protect people who try to help others. Steve Debenport/Getty Images

The story is chilling. In 1964, young Kitty Genovese of New York was repeatedly stabbed and raped around 3:00 one morning just in front of her apartment building. She later died at the hospital. The story gained national attention after a New York Times article claimed 38 people had watched the attack and did nothing. Although this was not completely true (only a few people witnessed it and a couple did call the police) the case gained national attention for something later called the bystander effect — that the more eyewitnesses who are present, the less likely they are to help a victim. Studies about this behavior led to America's first Good Samaritan laws [source: Worthen].

Good Samaritan laws are in force in all 50 states, Washington, D.C. and around the globe. Aimed at ensuring regular folks don't ignore strangers in need, the basic premise of these laws is this: If you act in good faith to assist someone who is injured or in peril, you won't be held responsible if your actions actually cause further harm [source: Miller].

Good Samaritan laws get their name from a well-known Biblical parable (Luke 10:25-37) that goes like this: A Jew was assaulted and robbed by bandits, then left for dead on the road. Both a Jewish priest and a Levite, an assistant to priests, passed the man without rendering aid. But when a Samaritan (a resident of the area called Samaria) came upon the Jew, he immediately cared for him, brought him to an inn and paid the innkeeper's fee — even though at that time in history, Jews and Samaritans hated each other.

On the surface, Good Samaritan laws seem like a win-win. Injured people are helped, and rescuers don't have to worry their actions might have negative repercussions for themselves. But it isn't quite so simple. Most, if not all, laws have just two things in common: One, rescuers can't be compensated for their assistance, and, two, they can't act with recklessness, intentional misconduct or gross negligence. Beyond that, the laws' provisions can differ greatly, and not every do-gooder is protected from liability [source: Crowe].

Oklahoma's Good Samaritan law, for example, only affords protection to untrained rescuers — aka regular citizens — if their assistance is related to CPR or preventing blood loss. On the other hand, in Vermont, you can be fined if you pass someone in need and do nothing. Meanwhile, Michigan's law protects those who decline to offer assistance. In Argentina, you could face imprisonment either for "putting a person in jeopardy" or "abandoning [them] to their fate." In Israel, you may receive compensation for stepping in to help [sources: The Oklahoma State Courts Network, Crowe, Miller, Thorpe.]

Before you provide aid to a stranger in danger, it helps to know the particulars of the locale's Good Samaritan law. Of course, that's not always possible. And sometimes, things go wrong. 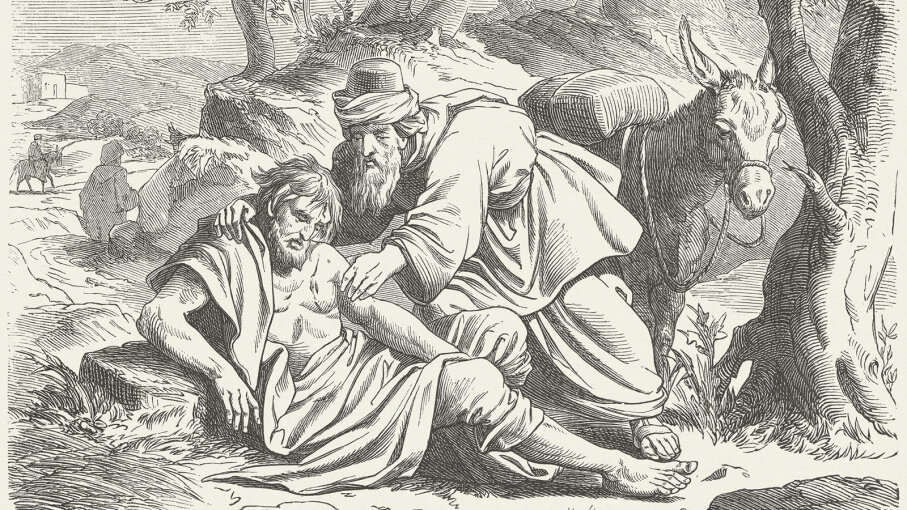 This woodcut engraving depicts the Biblical story of the Good Samaritan, after a drawing by Julius Schnorr von Carolsfeld (German painter, 1794 - 1872). ZU_09/Getty Images

One of the often-cited stories illustrating the various nuances of Good Samaritan laws is that of Lisa Torti and Alexandra Van Horn. In 2004, the two L.A.-area co-workers were headed home from a party as passengers in separate cars when Van Horn's car crashed. Torti allegedly thought she saw smoke and liquid coming from Van Horn's car and, fearing an explosion, pulled her colleague from the vehicle. Afterward, Van Horn was paralyzed [source: James]. But was it the result of the accident or Torti's actions?

Van Horn sued Torti, claiming the car was not emitting smoke or in danger of exploding, so Torti had no business pulling her from the vehicle. She also alleged Torti yanked her from it "like a rag doll." Torti argued Van Horn couldn't sue her due to provisions in the state's Good Samaritan law. But in the first such case of its kind at the time, the California Supreme Court ruled that Van Horn could, indeed, sue Torti because Good Samaritan protection was only for those administering medical care, not for people simply rescuing another [source: Courthouse News]. Because of this ruling, the California state legislature modified its Good Samaritan law the following year to provide liability protection to people administering nonmedical care [source: American Tort Reform Association].

And then there was the Peng Yu episode in China. In 2006, an aged woman fell as she was trying to board a city bus, breaking a hip. A bystander, Peng Yu, came to her aid, helping her to a hospital. But later on, with mounting medical bills, the woman and her family sued Peng Yu, claiming he had caused her to fall. Although the woman had no evidence to back up this assertion, the judge ruled in her favor, deciding that Peng Yu must have been motivated to help the woman because he had caused the accident, as no one would help another just to be kind. After this ruling, many injured Chinese people began suing those who tried to help them, and innocent rescuers often were found guilty. Consequently, people stopped offering assistance to those in need. It wasn't until an injured child was left to die that the city of Shenzhen passed China's first Good Samaritan law in 2013 [sources: Lee, Martinsen].

China finally passed a national Good Samaritan law in 2017 that protects people who try to help others they believe to be injured, ill or otherwise incapacitated, ensuring they won't be held civilly liable if the person ends up harmed in some way from their actions. Critics have both complained that the law is too broad (shielding people from things they should not really be attempting) and that it doesn't address the issue of injured people trying to scam Good Samaritans, which was what made people reluctant to help in the first place [source: Tan]. 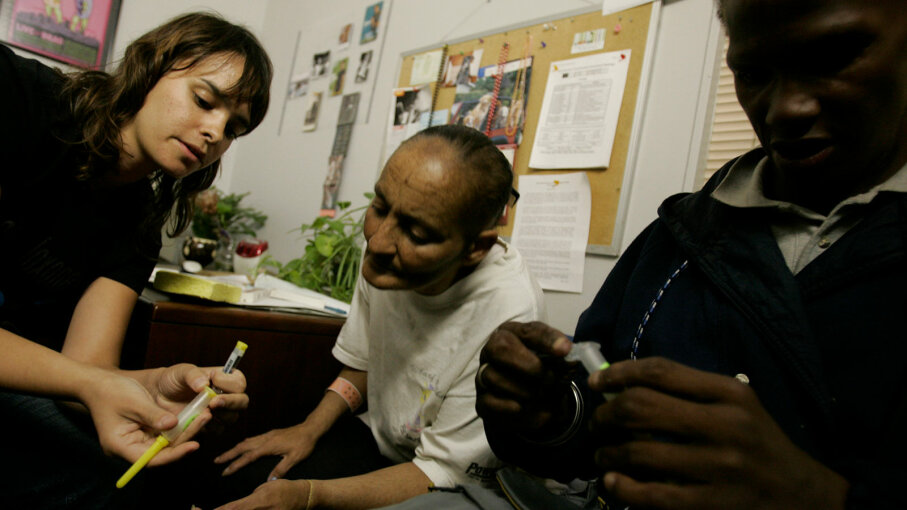 Heroin user Denise Williams (C) learns how to administer naloxone from trainer Kelly Johnson (L). Williams was saved by the drug and wanted to help others. Many Good Samaritan laws protect people who give naloxone to overdosing addicts Bryan Chan/Los Angeles Times via Getty Images

Over the 50-plus years since the first Good Samaritan law was passed in America, various spin-offs have been enacted to protect people in specific circumstances. One example involves food banks. In 1996, with 14 billion pounds (6 billion kilograms) of food being sent to landfills annually while millions of Americans went hungry, the federal government enacted the Bill Emerson Good Samaritan Food Donation Act, aimed at encouraging food donations by protecting from liability both the food donor and recipient agency, should someone become ill after eating a donated food product [sources: United States Government Publishing Office, Food Donation Connection].

More recently, many colleges and universities have been adopting medical amnesty laws, aka 911 Lifeline or 911 Good Samaritan Laws. These rules generally stipulate that anyone who calls for assistance for themselves or an inebriated friend in urgent need of medical attention will be granted limited legal immunity from the penalties associated with underage drinking [source: The Medical Amnesty Initiative].

More than 240 universities in 35 states currently have some type of medical amnesty legislation in place, and it's helping to save lives. Students' 911 calls have increased on campuses with these laws in place, often dramatically. And at Cornell University, which adopted a medical amnesty law in 2002, studies revealed a doubling of follow-up counseling sessions attended by students, from 22 percent to 52 percent in 2004 [sources: The Medical Amnesty Initiative, Lewis and Marchell].

In a similar move, people trying to combat America's skyrocketing opioid problem are pushing for Good Samaritan-type laws to protect those calling for help when someone has overdosed. Many won't if they have also been using drugs, fearing they will be arrested on drug-related charges when help arrives. Yet such inaction can mean the difference between life and death for the person who OD'd.

As of 2018, 40 states have 911 Good Samaritan laws on the books, while more than 42 states and the District of Columbia have passed naloxone access laws, which generally allow certain people to obtain naloxone, a synthetic drug that can revive someone suffering from an opioid overdose [sources: Weinstein, Drug Policy Alliance.

The Future of Good Samaritan Laws

While Good Samaritan laws aim to encourage people to help one another out, they're not perfect, as some of the previous examples show. Many of the laws only protect a select group of potential assisters, such as Michigan's law, which just covers medical personnel, "block parent volunteers" (parents who volunteer their homes as safe spaces for children) and members of the National Ski Patrol — unless, that is, you're giving CPR or using an emergency defibrillator. Others distinguish between a bystander providing help at the scene of an emergency or accident — protected — versus, say, helping someone who is being transported to the hospital, an action that is generally not covered under these laws [sources: Lee, Miller].

Since you can't be expected to know the Good Samaritan laws of every state or country you visit, you potentially face legal or criminal charges any time you try to lend a helping hand. That's not to say you should ignore those in need — if everyone did that, the world would lose its humanity. Plus, as mentioned, some states and countries actually penalize bystanders who refuse to assist another person in danger. Instead, experts say, keep in mind a few things if you stumble upon an emergency situation.

First, think sensibly. Most Good Samaritan laws protect people who try to help others through reasonable means. Second, don't attempt any kind of medical treatment or maneuver that you haven't been trained in or at least know something about. Call for professional help ASAP, and let them take over the minute they arrive. Don't accept any kind of gift or reward from the injured person, as many Good Samaritan laws expressly deny protection to those receiving compensation for their actions. And, as a precautionary measure, become familiar with the provisions of your own state's or country's Good Samaritan law [source: Thorpe].

With so many different types of Good Samaritan legislation in place, it appears these laws are here to stay. But in places like the U.S., where society is very litigious, it may be impossible to ensure that you're protected from a lawsuit any time you step in to help another person. That's when your decision whether to become involved or walk away will come down to your own kindness and compassion.

This is a really thought-provoking topic. Most of us likely are in favor of helping someone who is injured, sick or in trouble. And the majority of us would likely do so with only the best of intentions. But if we were injured, and someone trying to help us actually caused further harm, how would we react? Would we be charitable toward our rescuer and forgive him, or would we turn on the person and sue?

I'd sure like to think I'd never sue someone who tried to help me, even if the result was something devastating like Alexandra Van Horn's paralysis. Far better to err on the side of helping — being a caring human being — than ignoring someone in distress because we fear for ourselves. But would I think differently if I were a single parent with limited resources? How would I weigh the risks of messing up a rescue and possibly being sued and financially ruined — which would have a devastating impact on my kids — with helping another human? Would I even ponder any of this if I came upon someone who was hurt, or would basic human instincts toward charity kick in?

Looking at this dispassionately, I'm weighing in decisively for helping those in distress. But I totally realize that it's not possible to be dispassionate if you're one of the people involved in a Good Samaritan incident gone awry.