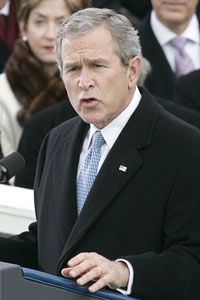 In a 1996 column, author Thomas Friedman presented his Golden Arches Theory of Conflict Prevention. This theory was based on the observation that no two states had ever gone to war after each state had a McDonald's restaurant established within its borders. The concept was sound, but it didn't hold very long. The Third Balkan War that followed the disintegration of Yugoslavia disproved Friedman's theory just three years later. Later, other nations, including Russia and Georgia, would engage in military conflict with one another.

Friedman's theory is a close, yet tongue-in-cheek parallel to democratic peace theory. This foreign policy theory states that democratic nations virtually never engage in military conflict. Because of the ideal democratic components like a free press and a transparent government, democracies are hamstrung militarily because the flow of information is more open than in a nondemocratic government. This openness is less likely to lead to warlike behavior [source: Rosato]. Because of common ideals, goals and co-dependently entrenched economies, democracies tend to use other means of conflict resolution, such as diplomatic talks and sanctions.

This is one basis of the United States' foreign policy of exporting democracy. As elucidated by then-President George W. Bush in 2005, the nation engages in exporting democracy to other states through trade and economic pressure and, some critics allege, war [source: Baker]. It makes sense that the U.S. would act as leader in a democratic world. The nation claims to be the world's oldest democracy, and it has the economic strength to produce the pressure and incentives needed to make adopting democratic processes appealing to other states.

Democracy has become more globalized as nations around the world increasingly abandon non-democratic forms of government in favor of democratic ones. Democracy has become more of a standard in global politics. As democratic nations increase trade among themselves, policies like isolationism and nationalism make far less sense. Borders blur through free trade agreements and the creation of economic zones. And as nations begin to take the interests of their partner nations into consideration when drafting laws and regulations, something known as a global democracy begins to take shape.

Political scientists Joshua Cohen and Charles Sabel describe a number of characteristics of a global democracy. Perhaps the most defining one is the presence of multinational organizations made up of alliances between national governments that have the ability to make global rules that affect nations, individuals, businesses and agencies [source: Cohen and Sabel]. Think of it as the government of governments.

Under this definition, there are already pockets of global democracy around the world. The United Nations, the Eurozone, the post-Soviet Commonwealth of Independent States, the World Trade Organization and the North American Free Trade Agreement all bear a strong resemblance to a global democracy.

Although these groups have in their histories successes in promoting human rights and especially economic prosperity, there remain obstacles to the development of a true global democracy. Firstis the need to overcome the United States' tendency to "dominate rather than lead" as the progenitor of global democracy [source: Ibrahim]. In order words, there's a need for a more democratic approach to global democracy.

The biggest threats to the establishment of a globalized democracy could be the arguments against it. Localism, for example, favors an emphasis on the opposite of globalization, looking instead for small regions within states to achieve self-sufficiency. Some within wealthy nations oppose the probable shake-up in economic prosperity that may come with a single currency or the loss of tariffs and trade restrictions. Others argue that mistakes on a national level -- for example, the appointment of Hitler as Chancellor of Germany in 1933 -- would be exponentially worse in a global government of any form.

One would hope that the processes of a global democracy would prevent such a mistake.

Josh Clark "What is global democracy, and what are its major threats?" 29 September 2010.
HowStuffWorks.com. <https://people.howstuffworks.com/global-democracy.htm> 17 September 2021
Print | Citation 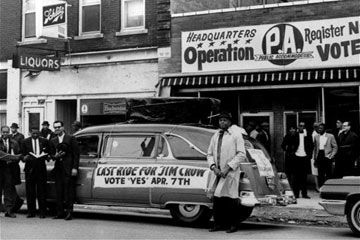 Up Next
Does democracy work?
Explore More 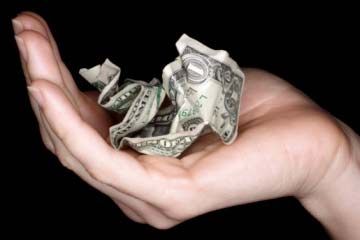 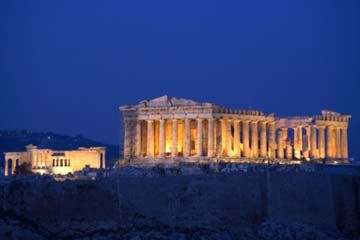 Keep Reading
What are the origins of democracy?
Explore More