The Georgia Guidestones: A Monumental Mystery

Browse the article The Georgia Guidestones: A Monumental Mystery 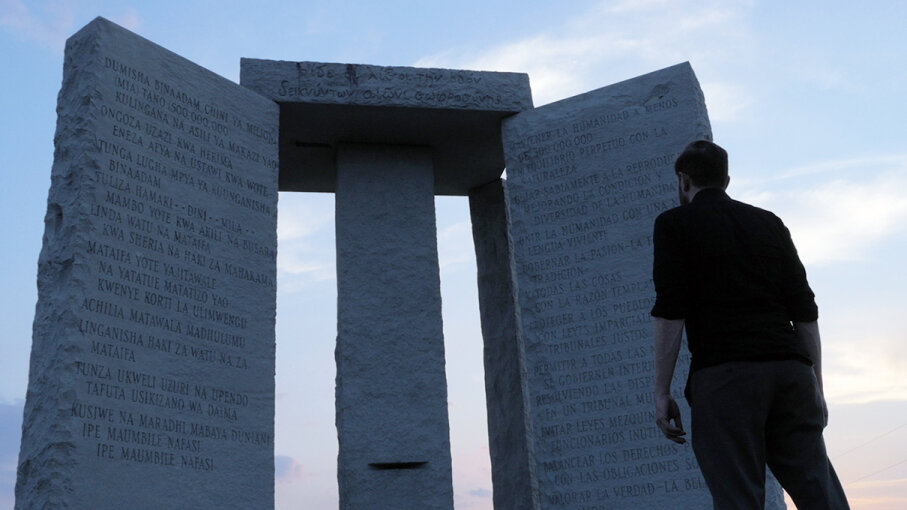 Much mystery surrounds the Georgia Guidestones, including the true identity of the man who commissioned them to be built. Matt Frederick/HowStuffWorks

Just northeast of Atlanta is the small town of town of Elberton, Georgia — the self-proclaimed "Granite Capital of the World." It's also where you'll find the Georgia Guidestones, a huge granite monument some call "America's Stonehenge." The history surrounding the Guidestones is shrouded in secrecy, and from the very day of its unveiling, conspiracy theorists have tried to find the meaning behind the monument and the mystery man who commissioned and paid for its construction.

In this episode of Stuff They Don't Want You to Know, hosts Ben Bowlin, Matt Frederick and Noel Brown explain how the Guidestones were custom-built in 1979 for a man who called himself "Robert C. Christian." Christian claimed to represent a group of "loyal Americans" who had been working on the designs and specifications for 20 years. Christian hired Joe Fendley of the Elberton Granite Finishing Co. to build the monument, and worked with Elberton banker Wyatt C. Martin to handle the finances. Both Martin and Fendley — the only locals ever to meet Christian in person — were sworn to secrecy about his true identity, and to this day have never broken that vow.

So what is the Georgia Guidestones? Basically, it's a granite monument that includes four vertical slabs arranged around a fifth center slab, with a horizontal capstone atop them. The slabs are arranged so they act as a sundial, calendar and clock. When the piece was unveiled, a pastor immediately decried them as the work of Satan.

Since then, numerous conspiracy theories have risen around it, including claims that Christian was actually Ted Turner and that the Illuminati commissioned it. The pseudonym R.C. Christian also has been said to reference the Rosicrucians, or Order of the Rosy Cross, a secret society that stresses reason and harmony with nature.

The monument gets its name from the capstone, on which "Let These Be Guidestones to an Age of Reason" is etched in ancient languages like Babylonian cuneiform — one of the earliest systems of writing. On each of the vertical slabs of granite,10 precepts, or "guides," are inscribed in eight different languages, including English, Swahili, Russian and Arabic. The meaning behind these precepts raises even more controversies behind the Guidestones. Click the podcast player above and let Matt, Noel and Ben guide you through all 10 of the precepts — and all the other conspiracies behind the fascinating story of the Georgia Guidestones.

Now That's Weird
Despite there being no evidence of anything sinister behind their existence, the Guidestones have garnered enough negative attention that they're vandalized regularly now, despite having been relatively untouched until about 2008.