More on Geniuses and Intelligence 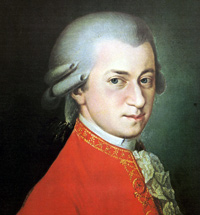 In Sternberg's view, a person's total intelligence is a combination of these three abilities. Critics claim that he has little empirical evidence for his theories. They also argue that practical intelligence is not intelligence at all, or that it can be explained through other theories of intelligence.

The triarchic and MI theories are both relatively new, and critics have pointed out flaws in both of them. However, they may be better able to explain the concept of genius than traditional IQ tests can. Geniuses aren't just people with a lot of g. Mozart, for example, combined musical genius with an innate understanding of mathematics and patterns. Einstein's genius spanned the realms of logic, math and spatial relationships. And all geniuses have a very important aptitude in common -- they have an abundance of creative intelligence. Without it, they wouldn't be geniuses. They'd simply be exceptionally smart.

How much creativity does it take to be a genius? We'll look at how imagination and productivity contribute to genius next.