More on Geniuses and the Brain 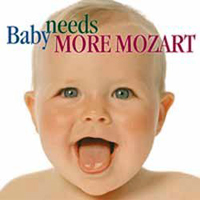 A 2006 paper in the journal "Nature" theorized that the way the brain develops is more important than the size of the brain itself. A person's cerebral cortex gets thicker during childhood and thinner during adolescence. According to the study, the brains of children with higher IQs thickened faster than those of other children. Studies also suggest that, to some extent, children inherit intelligence from their parents. Some researchers theorize that this is because the physical structure of the brain can be an inherited trait. In addition, the process of becoming really good at something both requires and encourages your brain to wire itself to handle that particular task better.

Even though scientists are not sure exactly how or why it happens, it's clear that the human brain plays a part in determining a person's intelligence. But what's the difference between genius and intelligence? And what makes one person more intelligent than another? We'll look at how intelligence relates to genius next.

After studies showed that listening to Mozart could raise IQ scores, parents started playing Mozart for babies, hoping to take advantage of the "Mozart effect." One explanation for the effect is that music makes people more awake and alert. Another is that listening to Mozart and mathematical or spatial reasoning tasks rely on the same neurons within the brain. However, none of the studies involving Mozart's music have used babies as test subjects, and the Mozart effect in adults is usually temporary.