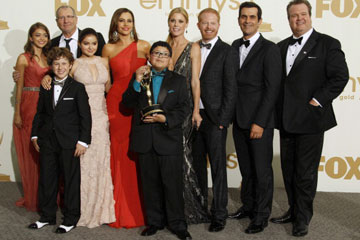 At one point during the 63rd Primetime Emmy Awards in 2011, host Jane Lynch welcomed the audience back from commercial break to the "'Modern Family' awards" [source: Stelter]. The actress hadn't flubbed her teleprompter line. The wildly popular sitcom had merely swept the ceremony so far, eventually garnering, for the second year in a row, an award that dubbed it the best comedy on television.

Documenting the fictional foibles of the Dunphys, Pritchetts and Tucker-Pritchetts and representing a trio of household structures -- traditional nuclear, remarried and same-sex -- "Modern Family" and its immediate success signaled a widening cultural definition of what constitutes a family. That same year, offering further evidence of the gay-friendly social trend, the film "The Kids Are All Right" built a notable buzz at the box office. Centering on a household headed by a lesbian couple, the star-studded film brought home a Golden Globe Award for "Best Motion Picture -- Comedy or Musical" in 2011 and snagged an Oscar nomination.

On-screen, gay parenting is becoming more of a routine sight, but outside Hollywood and its tendency to swing to the social left, same-sex couples raising children still rankle some people's moral sensitivities. A May 2011 survey from the non-partisan Pew Research Center for the People & the Press found that 35 percent of Americans believed gay parenting has a negative ripple effect on kids, whereas 62 percent thought it was either a good thing or inconsequential [source: Pew Research Center]. And even though the percentage of critics was significant, that proportion had shrunk 15 percent since 2007.

People may object to same-sex couples parenting children for many reasons, a number of which can't be resolved in any laboratory. Specifically, subjective moral and religious beliefs that condemn homosexuality rest beyond the reach of empirical data and social scientific analysis. Instead, researchers have concentrated on the most important variable in the gay parenting equation: children. Do kids brought up by two gay men or women fare worse than those with heterosexual parents? 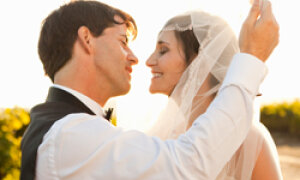