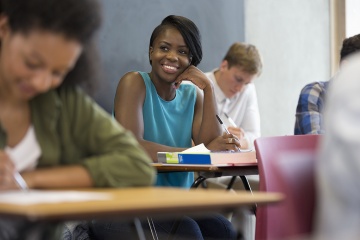 If you're a high school senior who's burned out from a year of all-day classes, standardized tests and extra-curricular activities, the prospect of a year off can be very appealing. Seriously, what's not to like about that? Before you take the dive, though, it's important to consider the pros and cons of taking a gap year.

There isn't a great deal of research examining the results of a gap year, but what has been done shows mostly positive results. Surveys indicate gappers enter college feeling more mature and independent, with greater motivation and a stronger interest in learning [sources: Shellenbarger and Birch and Miller]. In many cases it's even helped them to choose their major: Sixty percent said their gap year led to or confirmed their career path [source: Haigler].

Once they finally start college, there are benefits as well. One Australian study showed gappers outperformed their peers during the first semester of college, while another found they had better college grades overall, especially among students who entered with lower grades [sources: Bodkin, Birch and Miller]. A study conducted among students who took gap years before attending Middlebury College in Vermont and the University of North Carolina showed similar benefits [source: AGA, "Data and Benefits"]. It's even helping students after they graduate by giving them a higher rate of job satisfaction [source: Haigler].

And colleges? Most are on board with the idea, and some even encourage it with one-year admission deferments and scholarships for gap year graduates [source: Hoder].

Of course, it's not all good news. For one — and maybe this is just that pesky American mindset talking — taking a year off can really set you back. Your study skills could get a little rusty while you watch as your friends get a head start at the college experience. You'll also be a year behind in graduating, which can be a bit of a risk given the competitiveness of the job market [source: Holmes]. And while one survey found that 90 percent of students who take a structured gap year will complete their bachelor's degree, beware: Another study found that students who deferred school a year for any reason were 64 percent less likely to finish their undergrad degree than those who went straight through [sources: Shellenbarger, Gregory].

So should you take a gap year? It depends. If, after high school, you know what you want to do with your life and you're not burned out, maybe a year off is not for you. But if you feel new experiences might help you regain your focus and help you chart your path, by all means, go for it.

Who Takes a Gap Year?

A study of nearly 7,000 student records at the University of Western Australia showed that those who chose not to take a gap year tended to be older, urban, non-English speaking or high-achieving.