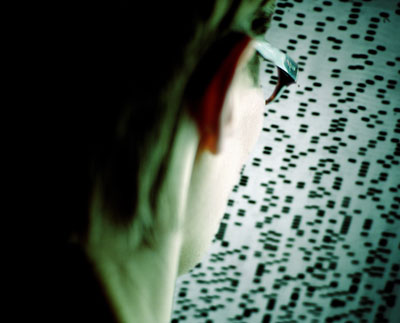 What do those DNA markers say about you?
Robert Daly/Stone/Getty Images

In 1999, the Home Office of the British government created the National DNA Database (NDNAD). Initially, the NDNAD consisted of samples taken by police from people charged with a crime. If the person was later cleared of the crime, the samples were removed from the database. The 2003 Criminal Justice and Police Act allowed police to take DNA samples from everyone who had been arrested, even if they weren't charged with a crime in the end. These samples were kept indefinitely. At this point, the database consisted solely of DNA from people who had been arrested for a specific range of crimes.

In 2006, several crimes that had previously been unarrestable, such as not wearing a seat belt, were made arrestable. This increased the number of people­ whose DNA samples were added to the NDNAD. Supporters said that more than twice as many crimes had been solved using DNA samples in 2005 as had been solved in 1999 [source: Slack]. The United Kingdom's DNA database is now the second-largest in the world, with more than 4 million entries.

A number of those samples are from children, who have been arrested for everything from littering to skipping out on bus fares. According to Gary Pugh, the director of forensic sciences at Scotland Yard, any child who exhibits behaviors that may indicate a potential for committing crime in the future should have a sample of his DNA included in the database. Pugh stated that "We have to find who are possibly going to be the biggest threat to society" [source: Townsend and Asthana].

In the United States, the FBI funds a nationwide system called NDIS (National DNA Index System). It officially began operating in 1994. It differs from the U.K. DNA Database in that smaller databases called CODIS (Combined DNA Index System) exist on state and local levels. Each crime laboratory in the country controls which information it shares with the national database. As of 2007, the NDIS had more than 4.5 million profiles.

Like the DNA database in the United Kingdom, the NDIS started as a way to index DNA samples from violent criminals (in this case, convicted sex offenders). Gradually it expanded to include almost all convicted felons. Some states collect DNA samples from all people who have been arrested, including children. In 2004, voters in California passed Proposition 69. Within that state, law enforcement officials can collect DNA samples from anyone arrested for a felony, as well as certain misdemeanors. DNA can also be collected from illegal immigrants for any reason.

New DNA techniques and databases continue to evolve. A company called DNAPrint Genomics sells a product called DNAWitness, which locates Ancestry Informative Markers in DNA samples. The companies claim that these markers can break down the racial makeup of the DNA and help to narrow down suspects based on race. Although it can't perfectly determine the race of a suspect, the owners of DNAPrint Genomics claim that the margin of error is negligible. Most law enforcement departments have yet to use DNAWitness, citing concerns over racial profiling.

DNA is just one aspect of building a future crime database. We'll look at other types of criminal databases next.

In 2008, the British government revealed that at least 500,000 names in the database are incorrect -- they are either misspelled or just plain wrong. Some names were probably entered incorrectly; others might be wrong because the criminals gave false names. This set off a new storm of controversy about the accuracy of the database.