Complexities in the Law 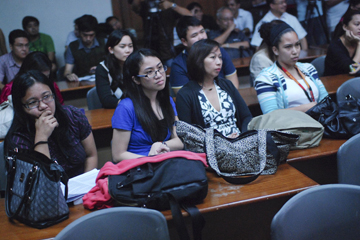 Law students from the University of the Philippines watch "Innocence of Muslims" in Manila. The film was banned by university officials but a law professor proceeded with it as part of a discussion on freedom of expression.
Dondi Tawatao/Getty Images

Court-established criteria make it difficult to limit free speech in America. Libel, for instance, is extraordinarily difficult to establish. For the publication of lies about a public figure to be deemed libelous, there must be proof the publisher knew the information was incorrect and published it anyway [source: Oyez Project].

It's the difficulty in limiting content based on incitement of violence (fighting words), that now tends to draw the greatest scrutiny. In America, unlike in many other Western democracies, hate speech is protected by law. The general American view is that the freedom to speak trumps the preference to not be insulted – or, in the words of Harvard Law professor Noah Feldman, "If your feelings are hurt, then that's your problem" [source: NPR]. On the other hand, in most European countries speech that "incites racial hatred," in particular Holocaust denial, is a criminal act [source: NPR]. In the wake of the violent response to "Innocence of Muslims" France prohibited groups from publicly protesting the video.

Still, while insulting speech falls under First Amendment protection, speech determined to be "fighting words" does not. But how is that determined?

For the content of an expression to "incite violence," that violence must be both likely and imminent[source: NPR]. The 1969 case Brandenburg v. Ohio is a landmark here. Clarence Brandenburg said to a crowd at an Ohio Ku Klux Klan rally, "We're not a revengent organization, but if our President, our Congress, our Supreme Court, continues to suppress the white, Caucasian race, it's possible that there might have to be some revengeance taken" [source: University of Missouri-Kansas City]. Brandenburg was arrested for advocating violence. On appeal, the Supreme Court decided Brandenburg was within his rights [source: University of Missouri-Kansas City]. That one might reasonably predict violence as a possible outcome is not enough, and neither the probability nor the timing of the "revengeance" [sic] could be inferred from the speaker's words [source: NPR].

By these criteria, Nakoula's video "Innocence of Muslims" arguably did not rise to the level of fighting words. But people in other countries find it hard to understand why the U.S. would allow such a video to be shown.

"Many people around the world believe certain lines should not be crossed in public — and it's not just insulting religion, the state or the national culture. Many countries also have strong individual defamation laws," wrote Turkish professor Zeynep Tufekci in a CNN article.

Whether the U.S. definition of "inciting violence" will have to expand to accommodate the nature of digital communication remains to be seen. Speech that happens in America reaches the entire world in seconds, and the predictability of a violent response to particular expressions may eventually trump the right to speak [source: Tufekci]. For now, though, America won't hold Nakoula liable for the results of his cinematic expression. It won't even pull it from YouTube.

I was able to address only a handful of the landmark cases that have shaped the American understanding of free speech over the last two centuries. Many others have contributed significantly to our understanding of the limits of First Amendment protections. Of note, U.S. v. O'Brien, which found draft-card burning to be unprotected, and Texas v. Johnson, which found flag burning to be protected, are worth checking out for a deeper understanding of distinctions considered by the courts in determining which public or national interests trump individual ones.