If you really want to know a person, you know what they say: Read their FBI file.

So nobody really says that, but they should. Because a person's FBI file might tell you a lot about them — or at least a lot about what the U.S. government thinks of them. The information can run from chilling to downright funny. For instance, J. Edgar Hoover's FBI file on John Lennon contained a picture of a guy who was not John Lennon, because apparently the FBI didn't recognize one of the most famous people on the planet. That's according to historian Jon Wiener, who talked about his 14-year quest to access the FBI's Lennon files on NPR's "Fresh Air."

Yep, it's not as if the FBI makes all its files easily available online. The Freedom of Information Act (FOIA), however, allows any citizen to request information from the government, but there are exemptions, as we mention in our deep-dive into How the Freedom of Information Act Works. One of those exemptions says that if someone's privacy is invaded by releasing the information, they won't do it. Until, that is, the person dies. Naturally, a FOIA request is time-consuming, however, and people seem to die constantly, at great rates. Not easy to keep up with.

So Parker Higgins, an activist with the Electronic Frontier Foundation, decided to automate the process by creating a bot that automatically sends a FOIA request based on every obituary in The New York Times (except for those paid death notices). Higgins launched his project on March 1, and has sent 1,300 requests and counting, writes Laura Hazard Owen at Nieman Lab.

Higgins has been hoping to uncover some folks who were under FBI surveillance. And he has: Holocaust survivor and activist Hedy Epstein has a file, as does journalist Morley Safer, along with cartoonist Jack Chick, whose death we covered. And that's just a few of the dozens of files he's received thus far.

Browse FOIAthedead.org for more, and remind yourself you're not nosy — you're just keeping the government transparent.

Now That's Interesting
Unfortunately, the FBI introduced a new portal for FOIA requests in March 2017 — rendering an email bot useless. But not before Higgins was put on the FBI's "vexsome filers" list, which keeps track of those who request FOIA docs the most. And how do we know he's on the list? With a request through the FOIA, of course.

Will Circular Airport Runways Ever Take Off? 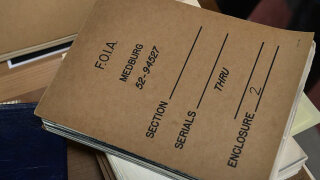 How the Freedom of Information Act Works 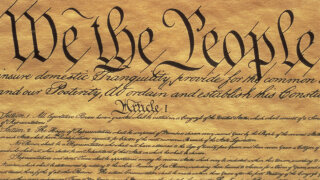