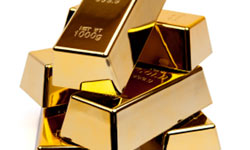 Slow-motion thievery: When the thieves in this 1983 Heathrow heist discovered gold bullion instead of lighter valuables, they took it, but it took them two hours to move their haul. That's dedication.
©iStockphoto.com/Lachlan Currie

How much: Approximately $39 million

The diamonds in this heist are something of a footnote, but the sheer perseverance of the thieves on this one makes it worthy of our list.

In 1983, thieves plotted and schemed to steal millions in cash. So what were they to do when they broke into the Brinks-MAT warehouse at Heathrow Airport to find three tons of gold bullion instead?

The robbers had inside help, thanks to the fact that one of the warehouse security guards was related to one of the criminals. With the guard's detailed knowledge of the warehouse layout and security procedures, the team of six thieves managed to raid the warehouse quickly and detain the other guards. But although they had the inside scoop, they oddly didn't know about the gold.

As a result, they didn't have a vehicle big enough to steal all of the precious metal, but they did the best they could under the circumstances. Their planned five-minute robbery wound up taking closer to two hours, as they laboriously moved bullion by hand. As an added bonus, they also found a pile of cut and uncut diamonds.

In the days after the robbery, detectives pinpointed the two-faced security guard as their prime target, and he quickly ratted out the identities of the thieves. Some of the men were caught shortly thereafter and sentenced to prison.

But the gold was never recovered. Authorities suspect that all of the gold was expertly mixed with other metals to make the bullion untraceable.