by Jonathan Strickland May 19, 2016
Fish and Final Exams Shut Down Internet Access HowStuffWorks

The United Nations has suggested that access to the Internet should be unrestricted except in special cases involving potential violation of human rights. When a government restricts, or appears to restrict, its citizens' access to the Internet people take notice. Recently, two stories have popped up in which governments seem to have limited or completely restricted Internet access.

Here's the first story. In case you haven't heard, Vietnam is currently dealing with a dead fish problem. Thousands of dead fish have appeared in rivers and washed up on shorelines, prompting Vietnamese citizens to demand an explanation. Many fingers have pointed toward a Taiwanese company called Formosa Plastics. While Formosa did have an illegal waste pipe, company executives claimed it didn't contribute to the fish problem.

It may be that the company is right. Heavy rains in Vietnam have flooded canal systems in major cities. At least one of those canals is known to be heavily polluted and connected to a city sewage system. It could be that the rain and polluted water are to blame for the dying fish.

That explanation didn't mollify all of the citizens, however. Many began to organize protest rallies in Vietnam's major cities, calling for Formosa to admit responsibility for the disaster. The protesters used Facebook to help organize events. After a couple of weeks of these protests, citizens found that their access to Facebook was mysteriously cut off. Did the government cut off Facebook access to limit protesters' abilities to organize? It remains unclear.

Meanwhile, over in Iraq, the Ministry of Communications provides us with our second story. The ministry was concerned about Iraqi students potentially cheating on final exams. Apparently there is a problem with students smuggling in cell phones during tests and using those phones to cheat. So what's the most elegant solution to this problem? Requiring all students to surrender any electronic devices before going into the test room? Using a signal jammer to cut off access to WiFi and cellular service? Or just shutting down Internet access for the entire country for three hours at a time?

If you picked the last answer, you agreed with the Ministry of Communications. The Iraqi government cut off all citizen access to the Internet three times, each time for three hours. Students couldn't access the Internet. Neither could anyone else. Human rights advocacy groups protested the move, saying it was far too excessive an approach to solve a cheating problem.

And so dead fish and student tests can join the list of reasons governments have put the squeeze on Internet access. That list already has quite a few items on it. During contentious elections in Uganda citizens found their access to the Internet severely limited, for example. The Internet became a tool for protesters during the Arab Spring of 2011, and governments subsequently tried to limit access to it. And, of course, China limits Internet access as a matter of basic policy.

What sort of future are we heading toward? Will it be one in which governments find increasingly flimsy excuses to restrict Internet access? Or will we create the world the United Nations envisions, in which citizens around the globe have unfettered access to a powerful tool?

Swallowed a Battery? No Problem. Just Eat This Tiny Robot, Too.

Can You Scrub Bad Press From the Internet? 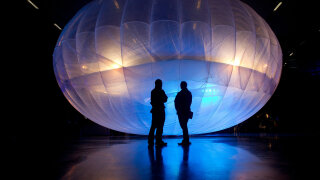 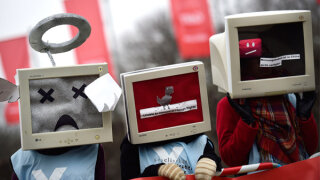 Stuff You Should Know Podcast: How Internet Censorship Works