A constitutional amendment can only become law of the land only after passage buy three-quarters of the states. Rounded up, that'd be 38 states. Virginia is now officially No. 38. Does that mean something officially, constitutionally could come of the ERA?

Final approval wouldn't be quite that easy, of course. Not after all this time. Hurdles lay ahead. Ignorance and opposition will have to be overcome. Some legal and procedural challenges certainly remain.

But for something that's been fighting for its life since suffragettes gained the right to vote, for an amendment that finally was approved by Congress and turned over to the states for passage coming up on 50 years ago — Congress overwhelmingly OK'd the ERA on March 22, 1972 — these are some heady times. Energized by the #MeToo and Time's Up movements, women are closer than ever to getting equal rights recognized in no less of a venue than the founding document of the country.

"Today is an absolutely historic day for our Commonwealth and a major milestone in the fight for equality in this nation. Women in America deserve to have equality guaranteed in the Constitution and Virginians should be proud that we will be the state that makes it happen," Virginia Attorney General Mark R. Herring said in a statement. "As we continue to move swiftly toward ratification, I am preparing to take any steps necessary to ensure that Virginia is recognized as the 38th ratifying state, that the will of Virginians is carried out, and that the ERA is added to our Constitution, as it should be."

What the ERA Says and Can Do

The wording of the ERA is simple and straightforward. In its entirety:

Section 1. Equality of rights under the law shall not be denied or abridged by the United States or by any State on account of sex.
Section 2. The Congress shall have the power to enforce, by appropriate legislation, the provisions of this article.
Section 3. This amendment shall take effect two years after the date of ratification.

The language may be short and sweet. But the ramifications of securing equal protection for women under the law — not spelled out now in the Constitution — will be far-reaching, activists like Alyssa Milano say.

"What we're seeing is the message ... is now resonating very strongly," Carol Robles-Román, the co-founder and CEO of the ERA Coalition, said the day after a "shadow" hearing on Capitol addressed the ERA Hill. (The hearing was held by Congresspeople but not officially recognized by the body.) "This is the logical next step: Constitutional equality — and that culture shift that will come from getting that in the U.S. Constitution — is critical."

When the ERA was first getting kicked around by the states after Congress passed it in 1972, conservative activists like Phyllis Schlafly worried publicly that guaranteeing equal rights to women would lead to all sorts of problems. Women would be forced to fight in wars. Use the same bathrooms as men. Work, unwillingly, outside the home.

"Since the women are the ones who bear the babies and there's nothing we can do about that, our laws and customs then make it the financial obligation of the husband to provide the support," she said in 1973, as NPR reported upon her death in 2016. "It is his obligation and his sole obligation. And this is exactly and precisely what we will lose if the Equal Rights Amendment is passed."

Objections like that have been largely quelled over the decades. The idea of an amendment to the U.S. Constitution that would protect women from sex discrimination, that would provide a legal basis for guaranteeing equal pay for equal work, evidently has caught on.

According to the ERA Coalition, which represents some 76 organizations in matters concerning the ERA and its passage, polling shows that Americans overwhelmingly support a constitutional amendment that provides equal protection for women. Some 96 percent of women are for it, the polls show, and 90 percent of men. It's also backed across party lines, with more than 90 percent of Democrats, Republicans and independents in favor of an amendment.

On April 6, 1921, President Warren G. Harding met with 60 women from the National Woman’s Party, promising to work toward legislation guaranteeing equality for women. He failed to follow through.
Library of Congress

Even though the amendment has the required 38 states approval, there's one persnickety detail that could still derail its final enshrinement into the Constitution. When the resolution passed through Congress in 1972, it had an expiration date attached. The three-quarters of states it needed to pass had to do so within seven years or the amendment would not be added to the Constitution.

When only 35 states voted for it in that time, Congress tacked on a few more years to allow three other states to sign on. None did. In fact, five rescinded their approval, though that will now certainly face a legal challenge.

Opponents of the ERA — there are still many — say that the blown deadline put an end to any possibilities of the ERA's survival. But proponents say that Congress still can extend or eliminate the deadline. However, on Jan. 6, 2020, the Justice Department's Office of Legal Counsel issued an opinion saying that Congress could not change the deadline, and temporarily restricted the National Archives and Records Administration (the agency that validates ratification of amendments) from doing so.

Some say the government was wrong to impose a deadline in the first place, something it famously did not do for the 27th Amendment. And both the House and Senate have bills on their docket that would eliminate the time restriction, despite the DOJ's recently issued opinion.

Another nagging problem backers have is that most people — 80 percent according to polling — believe that women already have equal protection under federal law. Essentially, many see no need for the ERA.

"That's something I hear over and over again. It's apathy. It's complacency. I call it a 'cultural complacency,'" Robles-Román says. "'Why now? What's the big deal? We've learned to live with it.' Well, it is a big deal. That's the thing that we have to combat."

But now that Virginia has become that critical 38th state, the ERA is on a roll like it hasn't been since it first passed through Congress 46 years ago.

"I see this happening within two or three years. I see an Equal Rights Amendment. I see constitutional equality in our future," Robles-Román says. "I see a culture shift taking place. And I see the 'culture of complacency' being a thing of the past."

Now That's Interesting
Several states have added equal rights amendments to their state constitutions, but rights backers point to one big reason the ERA is needed on the federal level: If it's embedded in the U.S. Constitution, it's not subject to the whims and changing politics of specific states. Once it's in, it's likely in for good. Of the 27 amendments to the Constitution, only one eventually has been rescinded. In 1933, Congress passed the 21st Amendment calling for the repeal of Prohibition, covered in the 18th Amendment. The 21st Amendment was ratified by states in December 1933.

The Story of Eric Rudolph, the Real 1996 Olympic Park Bomber

What Are the Different Types of Life Insurance? 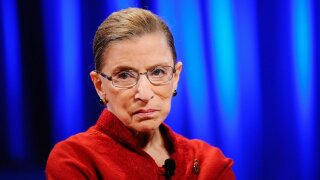 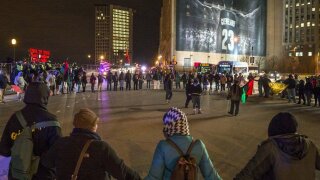