Parsing speech patterns of the United States Supreme Court, a new study finds that male justices interrupt their female counterparts three times more than they interrupt other men on the bench.

Tonja Jacobi, a professor at Pritzker School of Law at Northwestern University in Chicago, along with law student Dylan Schweers, examined a 12-year-period for the effects of gender, ideology and seniority, calculating the number of times justices were interrupted.

The study also found ideological disparity, citing evidence that conservatives interrupt liberals at significantly higher rates. And seniority played a minor role when it came to jumping into a conversation, according to the study authors. As the three women currently serving on the court are also liberal, the researchers addressed this overlap by analyzing different court makeups over time by also incorporating 1990 and 2002 into their research, years in which the gender count differed.

"If female justices are consistently interrupted more than their male counterparts in this context, it would show that gender dynamics are so powerful to persist," Jacobi wrote, "even in the face of high levels of power achieved by women."

The study also revealed details about the relationships between justices, and how they may see one another; relatively liberal Justice Stephen Breyer seemed to particularly irk the now-deceased Justice Antonin Scalia, a prominent conservative. "Scalia interrupted Breyer at such an extraordinary rate as to dwarf all other interruptions," the authors wrote. Justice Scalia interrupted Justice Breyer nearly seven times as frequently as he did Justice Ruth Bader Ginsburg, another liberal, for instance.

The most recent Supreme Court "class picture" was taken in 2010 following the nomination of Justice Elena Kagan. Justice Antonin Scalia (bottom, second from left) has since passed away.
U.S. Supreme Court

These inequities are something researchers have been studying since at least 1975, when two sociologists at the University of California Santa Barbara secretly recorded two-person conversations in public places. Although the study was small — just 31 exchanges — it revealed that in mixed-gender conversations, men were responsible for 47 of the 48 interruptions in those conversations.

Larger studies have replicated the findings, including a 2014 project at George Washington University, which found that men interrupted women 33 percent more during a three-minute discussion than when they were talking with other men.

One solution to all this interrupting is to drop gendered speech patterns. Women are more likely to jump into discussions with starter phrases, like "May I ask ..." or other connecting phrases.

The female Supreme Court justices who have become most successful in being heard have adapted speech patterns similar to their male counterparts. "Three of the four women who have served on the court show clear downward trends in their use of polite phrasing," wrote Jacobi on Scotusblog. "Very few of the men show similar patterns."

The female justices keep talking, despite being interrupted. And when they are the ones jumping into a conversation, they delve right into the point they are making. Researchers say it helps to use words that display conviction, such as "know" instead of "believe" and speak in shorter sentences that are more difficult to interrupt. Perhaps the most effective strategy of all? Simply ask the interrupter to wait until you're done. 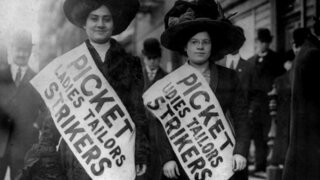 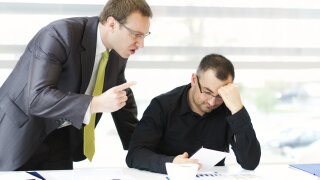 10 Office Etiquette Rules You Wish Your Boss Would Follow 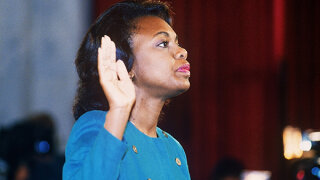