by Christopher Hassiotis Oct 21, 2016
The HowStuffWorks podcast Stuff They Don't Want You to Know takes a look at Donald Trump and conspiracy theories. Joe Raedle/Getty Images

Donald Trump is no stranger to controversy. But what about conspiracy? The presidential candidate has been not only the subject at the center of conspiracy theories but also the one prolonging their lives and even disseminating them himself. This week's Stuff They Don't Want You to Know, the HowStuffWorks podcast focusing on all things conspiracy and mystery, takes a closer look at the secretive landscape around the presidential candidate:

The podcast hosts dive into the issue of Trump and conspiracy theories by looking at the candidate's rise to prominence, from his early days in the real estate business to his time on the game show "The Apprentice." There's even talk of his short-lived attempt to be the nominee of the Reform Party — former home to Ross Perot — in the year 2000. After that, hosts Ben Bowlin, Matt Frederick and Noel Brown go a little deeper into some of the conspiratorial talk about Trump. Topics they address include:

The False Flag: The theory that Trump is what's known as a "false flag" candidate goes back to a 20-minute phone call between Trump and former President Bill Clinton. Proponents allege that Trump entered the race to hand the election to Hillary Clinton.

The Desire: That Trump doesn't want the presidency and never expected to make it this far in the campaign, is winging it as he goes, and doesn't really want the presidency — an idea which gained traction when a former spokesperson for a Trump PAC wrote an open letter addressing her experience.

The Tax Returns: One issue the podcast raises — if Trump's failure to pay income taxes following a $912 million loss is the worst thing in his tax history, why hasn't he revealed more? Is there something worse still hidden in the papers?

Stuff They Don't Want You to Know also delve into the conspiracy theories — some flatly debunked, others still up in the air — espoused by Trump himself. It was his promotion of the disproven claim that Barack Obama was not born in the United States, which made him an early darling of the Tea Party movement. Trump has also put forth the idea of a conspiracy against him regarding upcoming votes, suggesting the election — individual states run their own separate elections — will be "rigged" to ensure his loss.

Give the podcast a listen by clicking on the player above, or subscribe to Stuff They Don't Want You to Know via your favorite podcast subscription method. And if political conspiracies are your thing, make sure to check out next week's episode when our hosts dig into conspiracy theories around Trump's opponent Hillary Clinton.

Now That's Cool
The podcast hosts mention a previous Stuff They Don't Want You to Know episode focused solely on political conspiracies. You can listen to it here.

The Link Between Birth Control and Depression: Should Women Be Worried?

Will This Election Season Become Known as 'The Great Unfriending'? 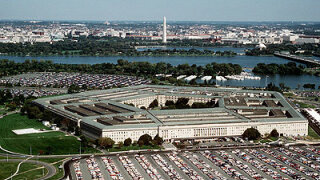 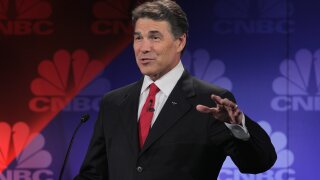