Since 1995, beloved country and western superstar Dolly Parton's Imagination Library has been sending free books to children in areas where her program is offered. Kids get the books every month from birth until they reach the age of 5. The program, which originally distributed books to kids living in Parton's hometown of Sevier County, now sends them to children around the globe. That's a lot of books — 100 million in total as of Feb. 27, 2018 to be exact.

And what book could be more fitting to commemorate the Imagination Library's 100 millionth than one written by Parton herself. "Coat of Many Colors" is a picture book featuring the lyrics of Parton's song of the same name with illustrations by Brooke Boynton-Hughes.

To celebrate this huge achievement for childhood literacy, Parton's book was enshrined in the Library of Congress this week. Its addition to the collection in Washington, D.C., also kicked off a partnership between the Library of Congress and the Imagination Library. Going forward on the last Friday of every month from March until August, readings will be livestreamed to local libraries across the United States.

"Dolly Parton's work through her Imagination Library is awe-inspiring," Librarian of Congress Carla Hayden said in a press statement. "...There is no way to truly quantify the impact this program has had on developing young readers across America and in other parts of the world."

Thanks to her efforts to bring books to kids, Parton has become known among the smaller set as "the book lady" — a title the star never expected. "The painted lady, yes. The overexaggerated, overdressed lady, yes," she said with a laugh during the Feb. 27 ceremony at the Library of Congress, which was livestreamed.

Parton started the Imagination Library program more than 20 years ago to honor her father, Lee Parton, who never learned to read or write himself, but was "the smartest person I've ever known," Parton said. Her mother, who was literate, often read stories from the Bible to Parton and her 11 siblings, including, of course, the story of Joseph and the coat of many colors.

Even with her tour schedule and philanthropic work, Parton told audience members at the Library of Congress event that she still manages to read about a book a week herself.

A Library in Your Mailbox

The Imagination Library uses a network of what it calls "local champions" to bring books to kids at no cost to their families. These local champions — whether a school, a neighborhood association or even an individual — are responsible for enrolling the kids in their communities. The local champions also cover the costs of buying the books at wholesale prices and shipping them, which amounts to about $2 per child per month.

The books arrive in the mail with the children's names on them. Parton and the Imagination Library know the importance a sense of ownership these books give the kids. "It's not care of mom and dad," Parton said.

Parton's father did live long enough to see the program grow beyond the boundaries of Sevier County. It now has outlets in the Canada, Australia and the United Kingdom. "He was prouder of that than anything," Parton said.

Now That's Sweet
Dolly Parton has been singing about her coat of many colors since 1971, when the song first appeared on her album of the same name. Parton grew up poor, and her mother had to sew her a winter coat out of scraps of fabric. When little Dolly wore it to school, the other kids made fun of her. But Parton's mom made sure she felt loved and had pride in herself, no matter what she wore or how much money she had. Now, Parton says, her book "Coat of Many Colors" is used in classrooms to talk about bullying.

Nutria: River Rats Only a Mother Could Love

Tiny Yet Mighty: Neutron Stars May Be Ravenous X-ray Dazzlers 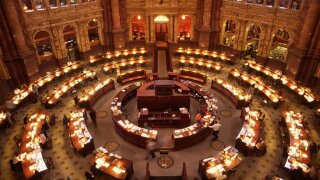 Librarian of Congress Is Way More Important Than You Think 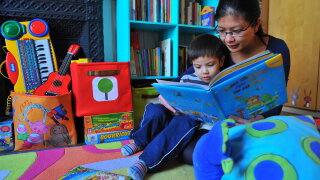 5 Traditions for Teaching Kids to Read