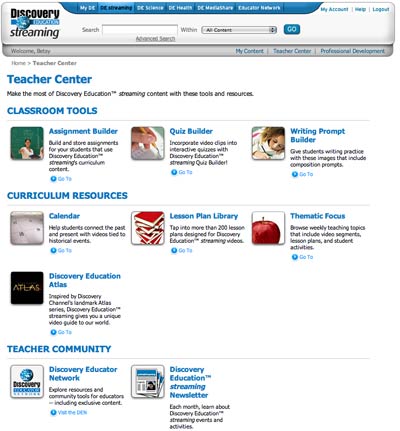 More than a million teachers use the videos, clips, training and tools that are part of Discovery Education streaming -- but does the program work? In addition to anecdotal reports that teachers and students benefit from h­aving Discovery Education streaming's teaching tools and videos, there are two scientific studies that show that the program produces measurable, positive results in student achievement [source: Discovery]. These studies were conducted by an independent third party and compared students who had the videos incorporated into their classes to ones who didn't. The results of the studies were also published in the journal Communication Education. At the time of both experiments, Discovery Education streaming was known as unitedstreaming.

At the end of the month, all the students took a posttest. Both sets of students improved, but on the whole the ones who had seen the videos scored significantly higher than the ones who didn't. The experimental group performed 12.6 percent better on average than the control group. The only experimental group that did not show a significant increase over the control group was the eighth-grade science students. The researchers theorized that this discrepancy may have been because too much time passed between the eighth-grade science teachers' training on using the videos and the beginning of the experiment [source: Boster et al, Virginia].

The second study followed this same basic method to evaluate how the program worked with sixth- and eighth-grade math students in Los Angeles. This study had similar results. Students who had been exposed to unitedstreaming videos that were related to their course work fared better on their posttests than their peers in the control groups. On average, the students in the experimental group scored 3 to 5 percent higher than those in the control, which is statistically significant [source: Boster et al, Los Angeles].

There are a couple of important things to note about the study. First, it examined the unitedstreaming program, which became Discovery Education streaming, exclusively -- it didn't compare the results to other video programs. It also studied specific grade levels and subject areas rather than the entire program. In other words, the results show the success of the program when used in these particular subjects and grade levels.

Stream your way to the next page to learn more about classroom education and on-demand video.