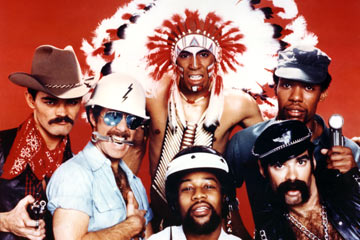 Disco fever gripped the United States from about 1975 to 1979. By 1979, disco was a $4 billion industry and there were about 15,000 disco night clubs in the U.S. [source: Weinraub]. With the 1977 film "Saturday Night Fever," disco proved to be truly mainstream. The music, which had originally been popular in gay, black and Latino clubs, was embraced by an entire nation in turmoil over Vietnam and the end of the civil rights movement. Disco provided an escape from the real world, with its racial and economic divides. For four years, people didn't worry; they just danced.

But not everyone embraced disco. For one thing, disco changed the economics of the music business. Disco listeners were only loyal to songs that made them dance; they were unlikely to buy an entire album by an artist, or even the single, for that matter -- they'd simply listen to the music on the dance floor and keep their wallets in their pockets. That behavior continued to influence consumer behavior, and as a result, record companies reported sales of 575.6 million albums, singles and tapes in 1982, compared to 726.2 million in 1978 [source: Pareles].

While these economic losses probably had some effect on record companies turning on disco, some cultural critics claim that the disco backlash was due to racism and homophobia [sources: Gavin; Henderson]. Though disco had brought many people together to dance, some people may have been uncomfortable that gay culture or black culture was taking center stage in the United States. After disco, rock and roll, with its many white artists and groups, was dominant. There were also internal pressures in some of these subcultures -- when AIDS began spreading in the gay community in the early 1980s, no one felt much like dancing.

Amidst the economic woes of the music industry and possible prejudices against some groups, disco was deemed uncool, and it seemed to die at Comiskey Park in 1979. Really, though, all that died was the name. There are still plenty of styles of music designed to get people to dance, and the disco aesthetic can be glimpsed in much of today's dance music. Disco also played a role in the rise of hip-hop. Disco DJs would segue from one song to another without stopping, using long instrumental sequences to create an effortless flow. This willingness to experiment with records, rather than playing them from beginning to end before starting a new song, would influence hip-hop's earliest artists.

If you'd like to read more about disco, hip-hop or any kind of music, then see the links below.