How did people discover liquor?

Browse the article How did people discover liquor? 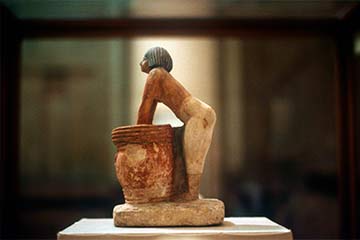 Sometimes known as "spirits," liquor is alcohol distilled from fruits, plants or grains. It can also be distilled from wine and beer, a process that concentrates the flavor and increases the alcohol content. The creation of liquor requires a distillation process in which heat is applied to liquid. Because liquids have different boiling points, the one with the lowest boiling point will evaporate first. This evaporation is captured in cooling tubes, where it is condensed back into a liquid. When making liquor, the part of the liquid with the lowest boiling point is ethanol (alcohol), which will vaporize at 78.5 degrees Celsius (173 degrees Fahrenheit). When cooled, it will liquefy as a purer version of its former self [source: Chem Helper].

The basic ingredients required for creating alcohol are widely available throughout the natural world, so the discovery of liquor goes hand-in-hand with the development of most of the earth's civilizations. While it's impossible to pinpoint exactly how people first discovered the process for distilling liquor, there is historic evidence of its creation.

Beer- and wine-making were part of many ancient civilizations, such as the Egyptians, the Chinese and the Romans. But making these beverages involved fermentation only rather than distillation. However, by 800 B.C.E., people in Asia were distilling different concentrated alcoholic beverages. In Japan, shochu was distilled from rice wine. Ancient civilizations in India were making rice- and molasses-based beverages called arrack, while in the Caucasus Mountains of Eurasia, liquor called skhou was distilled from mare's milk. Arabs also used the distillation process, though more for perfume than liquor and Europeans probably learned the method from contact with them in the 8th century. Throughout the 8th and 9th centuries, basic steam collection was used to concentrate alcohol from liquids, a process so effective it still provides the fundamental elements of modern distilling practices [sources: Vinum, Encyclopedia Britannica].

While concentrated (and nearly pure) forms of alcohol had practical applications in medicine, including infection prevention, it also caught on as a beverage. By the 11th century, the distillation of liquor had spread to Italy, where it was considered the "fifth element," a companion to air, water, earth and fire [source: Materials Research Society]. For many, it still is.