TV Antiheroes Like Cersei and Dexter Enthrall Us. Here's Why

What would TV viewers from the late 1970s make of today's most-cherished shows? Just imagine the sort of moral whiplash you'd experience transitioning from the episodic wrong-righting of "Kung-Fu" or "The Incredible Hulk" to the girlfriend-murdering, meth-cooking and serial-killing protagonists of "Game of Thrones," "Breaking Bad" and "Dexter."

Those time-traveling TV lovers from the '70s might well ask us what we find so attractive about these dreadful antiheroes. Luckily, Boston University communications researcher and professor Mina Tsay-Vogel has some answers for us.

In previous research, Tsay-Vogel discovered that viewers are far more likely to see a character in a positive light if there's some level of altruism underlying their awfulness and if there's a positive conclusion to the whole mess. Is our hero killing to protect his or her family? Fine, we're onboard so long as everything works out in the end. After all, our own actions can be a bit morally ambiguous, too.

As modern TV viewers, we constantly wrestle with character motivations and actions. Do we actually like Keri Russell's spy character on "The Americans"? Are we really pulling for Cersei Lannister now? When we rectify these questions, we're engaging in moral disengagement — and Tsay-Vogel's latest study explores the degree to which we're able to stand back and say, "Hey, Cersei, you do YOU, girl."

The paper, titled "Effects of Hedonic and Eudaimonic Motivations on Film Enjoyment Through Moral Disengagement," cleanly cleaves the TV-viewing populace into two camps. On one hand, there's the hedonic clan: They're just here to have a good time and are far more likely to disengage and excuse everything from infidelity to patricide in characters.

On the other hand, there's the eudaimonic clan, from the Greek eudaimonia, meaning the state of happiness or well-being. These folks don't just want entertainment — they want meaningful content that jibes with their own moral standards. "I really don't agree with any of your life choices, Cersei, and I'm switching channels to 'NCIS' instead."

Of course, moral disengagement millage will vary from viewer to viewer, from show to show and even day to day. Were you kind of a jerk at work today? Did you enlist the aid of an undead war criminal to avenge your honor? In either case, Cersei Lannister just got a lot more relatable and enjoyable.

Sure, Just One Minute of Exercise Sounds Great, But … 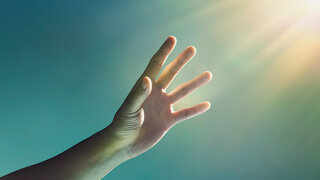 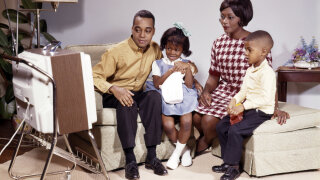 10 Most Game-changing Developments in the TV Industry