How have DVDs changed the lifespan of TV shows? 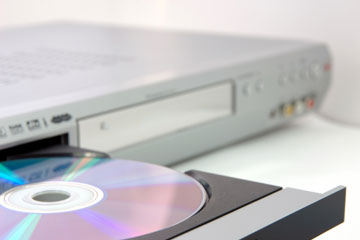 Image Gallery: TV Shows These days, it's easy to watch your favorite TV shows on DVD. But how does this effect how long those shows last? See pictures of famous TV shows.
Hemera/Thinkstock

TV shows rely on advertising to stay on the air and in production. Even subscriber pay-cable channels like HBO and Showtime will cancel a show before its time, if the cost of production outweighs both subscriber buzz and the show's awards and acclaim. While word-of-mouth has always been somewhat important to the lifespan of our favorite shows, this doesn't always affect the bottom line.

However, thanks to the popularity of TV on DVD, this model is slowly changing. Now, the bottom line isn't just about advertising revenue and ratings, but about the entire life cycle of the show. From the first airing, to time-shifted recording, to reruns, to the DVD release, each step makes money, and each step feeds the next.

Most shows release a season of a show on DVD each year to coincide with the debut of the show's next season. This means that advertising for the current season also brings visibility to the just-released DVD of last season, and vice versa. Most shows integrate the marketing of these two separate projects -- one depending on store sales and one depending on ratings and ad revenue -- to increase the power of both.

A show or film, even if originally considered a failure in Hollywood, can be considered a success when its overseas and syndicated revenue make up the difference. We can now add DVD sales and popularity to that consideration. If a show in danger of cancellation can demonstrate its bottom line through DVD sales, it's in a much better position than it would be based simply on fan support.

And when the show finally does end, its life cycle is still not complete. As long as DVDs of the show are available, people will share them, purchase them for one another and continue to discuss the show. That means continuing visibility for actors, directors, producers and writers. Next up, we'll take a look at what this means for the future of the industry.

Thanks to DVDs, a cancelled TV show can often lead to more successful projects down the road -- and continue to create revenue for those involved while they're looking for their next jobs. Many of the actors and writers from high-profile examples like "Firefly," "Arrested Development" and "Veronica Mars" would probably tell you their "failed" shows were the best things that ever happened to them.

They've gone on to earn starring roles in hit network shows and produce feature films. And it's all based on the support they receive from loving fans and savvy producers who know how special those "failed" shows really were, having learned about them through their DVD buzz despite missing the show when it originally aired.

Likewise, the existence of DVDs can lead to future development within the world of the show itself. Direct-to-video movies and sequels, animated spin-offs, prequels and other DVD-only content mean the show can go on, even when it doesn't continue to be made and aired on conventional television.

This leads to the creation of jobs in the industry, opportunities for up-and-coming talent and ongoing merchandising opportunities. It's an infinitely extended life cycle for the brand, which would have been unthinkable in the days before DVDs. Every sale made is a sale proved, which means whether you're selling a DVD sequel, a novelization or a toy, you're increasing the possibility that future products within that franchise will be produced.

Many science-fiction and fantasy shows, for example, find a second -- and lucrative -- life in comic book series once they've ended, because their fans are so passionate they'll seek out the continuation of the stories in any form. The largest franchises can be expanded into online role-playing games, where entire universes are available for fans to interact personally with the show's core concepts.

In fact, for many shows, the popularity of the show really begins after it's been cancelled. Television ratings are a fickle -- some might say broken -- system. But once a show is off the air, all that creative energy and love used to make the show can be put into finding new ways to use the same concept. Thanks to DVDs, the old rules about where a TV show starts and ends no longer really apply.