Do courtroom dramas change people's understanding of the law? 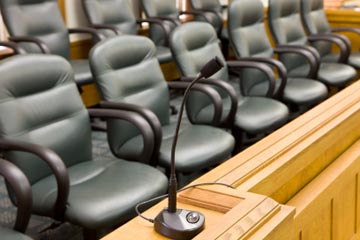 Jurors might expect to see lots of incriminating evidence, although that's not usually how things go in the courtroom.
iStockphoto.com/BanksPhotos

Ever since the forensics drama "CSI: Crime Scene Investigation" became an enormous hit and spawned its own spinoffs, commentators have been concerned about what they coined the "CSI Effect." The theory behind the effect is that fans of the popular show internalize misconceptions about the law that they bring with them into the courtroom as jurors. So, the fear is that the TV show is ultimately affecting the outcomes of trials -- and not in a good way.

Most people, and especially prosecutors, use the "CSI Effect" to refer to jurors who have unrealistic expectations for clear-cut scientific evidence. According to this theory, fans of "CSI," watching their heroes uncover incriminating DNA evidence every week, later walk into a courtroom and expect the same kind of definitive evidence to be produced. If no such evidence comes up, the juror is less likely to convict. Critics say this is unreasonable because, in reality, forensic evidence is not as easy to obtain and analyze as it appears on the show. Not only that, but many techniques used in the show are purely fiction -- they don't even exist.

Less often, people will refer to the "CSI Effect" to refer to the opposite, however. Defense attorneys, for instance, sometimes argue that jurors influenced by "CSI" tend to believe that any forensic evidence collected will be incriminating. This is also dangerous, critics say, because people don't usually consider the possibility of error or even fraud [source: Cole]. Forensic scientists have been known to fudge results in order to get a conviction, if they believe that that's what the police want. Take, for example, Joyce Gilchrist, a police chemist who was later found to have given false testimony that resulted in sending innocent people to death.

Although the "CSI Effect" seems plausible, some argue that, beyond anecdotal evidence, there's no reason to believe it's had much impact on the outcome of trials. In one study, researchers found that, although frequent "CSI" viewers had higher expectations for forensic evidence, this ultimately did not have a significant impact on their likelihood to convict [source: Shelton].

Whether the "CSI Effect" has influenced jurors on a wide scale is debatable. However, it's nevertheless true that it's influenced lawyers, many of whom have adapted their style to address "CSI" expectations.