by Becky Striepe
Prev NEXT
2

Increases Acceptance of the Gay Community 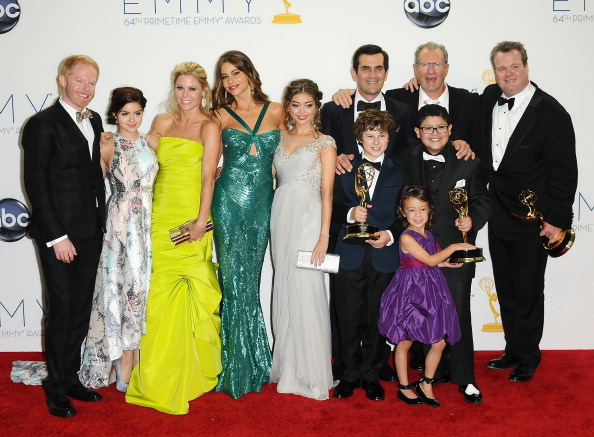 The cast of "Modern Family" at the 2012 Emmy Awards.
Jason LaVeris/FilmMagic/Getty Images

Do you remember Ellen DeGeneres coming out of the closet in the '90s? What about the episode of "Roseanne" that included two women kissing that came out around that same time? TV networks freaked out and put on-screen warnings on those shows -- it was a huge deal. Cut to today, where portraying gay and lesbian couples has almost become a nonissue. On the hit show "Modern Family," a gay couple adopts a second child. Try airing that in the '90s!

This acceptance of gay characters is partly a reflection of our society's changing attitudes toward the gay community and partly a product of TV's influence. There have been numerous studies showing that when people watch shows with gay characters in them, they hold on to fewer negative gay prejudices [source: Stelter]. Shows like "Modern Family" that portray functional, loving gay relationships as normal help educate people who may have never met an "out" gay person in real life. Back in the 1990s, MTV's "The Real World" featured Pedro Zamora, an AIDS educator living with the disease, who helped put a human face on the tragedy and challenged his roommates' and viewers' stereotypes about gays.

While TV has had a big influence on how American society perceives homosexuals, there's still a long way to go before this group sees total equality. As of January 2013, just nine states and the District of Columbia have legalized same-sex marriage [source: Freedom to Marry].