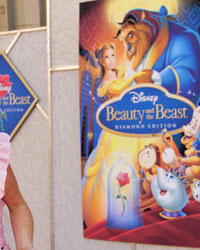 Disney often re-releases new versions of their films, like this Diamond Edition of the "Beauty and the Beast" DVD.
Frederick M. Brown/Getty Images

While there have always been sequels, particularly beginning with the age of the blockbuster in the '70s, the DVD has given all kinds of new dimensions to the idea of the franchise. Before home video, a film might garner a sequel if it was particularly successful at the box office -- but with new films coming out weekly, a movie might not stay in theaters long enough to justify a second production.

Once VHS and video rentals entered the picture, studios began to see those profits as part of the film's overall franchise, and more films began receiving the sequel treatment. But because every film, even a sequel, has its own budgeting and marketing concerns and is its own project, we didn't really see an explosion in sequels, prequels and spinoffs until the debut of the "direct-to-video" project.

Many beloved Disney films have numerous direct-to-video sequels and spinoffs. Some hit science-fiction television shows and films -- such as "Battlestar Galactica," "The Matrix" and "Starship Troopers" -- have gone even further with their franchise materials, crossing the boundary between animation and live-action, as well as spinning off into other times and places set in the franchise's universe.

Lower budgets, lower risk and the marketing advantage of carrying a successful film's name mean that a project destined for DVD doesn't need the box office to earn money.