by Wesley Fenlon
Prev NEXT
2 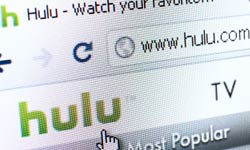 Hulu is one of many streaming media companies making use of broadband Internet to deliver content.
©iStockphoto.com/gmutlu

Out of all the amazing technology making movie theaters obsolete, one aspect above all drives today's content consumption: availability. In just a few years time video delivery via the web has become a viable business model thanks to faster Internet speeds. Streaming a YouTube video never required tons of bandwidth, but streaming an entire HD movie or even an hour-long TV show is another story.

Without high-speed Internet, we'd have no media streamers or sites like Hulu. We'd have no Internet-enabled TVs with "channels" of Web content. And we definitely wouldn't have video on demand platforms from companies like Apple and Amazon, who have huge online content offerings but don't control the hard lines into our homes like Comcast or AT&T. The Internet has changed the movie industry forever.

While high-speed Internet is available in the U.S., the network infrastructure lags behind many other developed nations. The average U.S. speed is about 4.8 megabits per second, which places us far behind Japan (61Mbps) and a number of other Asian and European countries that average much higher speeds [source: TaranFX]. Over the next decade, as fast networks like Verizon's FIOS -- which offers speeds from 15Mbps to 50Mbps -- spread across the country, we'll be able to download and stream 1080p movies with ease [source: Verizon].