by Gerlinda Grimes
Prev NEXT
5 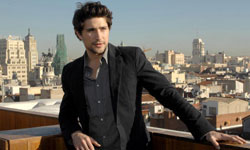 "Kyle XY" follows the story of a 15-year-old boy (Matt Dallas) who wakes up alone in the forest, covered in pink goo and with no knowledge, language or memories. A therapist, Nicole Trager (Marguerite MacIntyre) takes him under her wing, eventually adopting him into her own family. Kyle is pure of heart, but his mysterious intelligence and lack of a belly button are evidence of a strange past. Over the course of three short seasons, Kyle realizes he was created as a science experiment in human gestation. Latnok, the conglomerate that created him, has an evil plan to clone his DNA and create a bank of biocomputers.

In between unlocking the secrets of Latnok, Kyle falls in love, starts school, becomes a part of his adopted family and enjoys his high school prom. With a strong cast and an action-packed story line, there's nothing not to love about "Kyle XY," yet the show was abruptly canceled after a third season cliffhanger, leaving many story lines unresolved. Kyle lives on in the hearts of his fans, however. Kyle's S.O.S. (Save Our Show) campaign is still in full swing, with new updates to the forums at kylexy.net every day.

It's not too much of a jump from teenage sci-fi to teenage drama. We take a look at one of the all-time most beloved teen dramas of cult television in the next section.