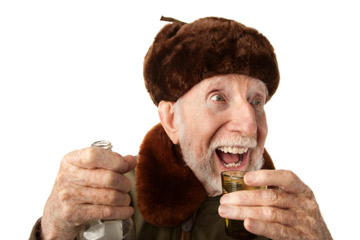 As the largest country on the planet, spanning terrain ranging from frozen tundra to lush forests, it should come as no surprise that this geography produces a wide range of cuisine.

But it took time for Russia to develop its palate. You might even say that Russian flavors in the Middle Ages were boring. A predominantly agricultural society, the early Russians typically went very light on meat and heavy on the veggies. Cabbage, turnips and beetroot were the staples, supplemented by rye grains, which were used for bread and beer (in that order) [source: Chamberlain].

Oddly enough, it was enslavement to the invading Mongols in the 13th century that brought some culinary variety. These foreign influences opened up a new world from the East, where exotic spices like cinnamon and ginger, as well as fruit preserves and pasta, were introduced to the Russian diet. The country has developed a reputation over the centuries for having co-opted many of the things now considered traditionally Russian from its neighbors. For example, Russia hijacked beef stroganoff, thin strips of sautéed beef served over noodles, from the French, and the idea for zakuski, small, flavorful hors d'oeuvres or salads, originated in Germany, but both have come to be known as decidedly Russian contributions to global cuisine [source: Perelman].

Borscht, one of the most recognizable Russian dishes, is the result of making lemonade out of lemons. Or rather beets, which were plentiful and cheap. Ukrainian (not Russian) cooks used them to create a soup that could be served hot or cold, and seasoned to taste with the modest spices they had available. From these modest beginnings borscht trickled into Russian homes and eventually became the quintessential dish of Russia, crossing class lines and finding its way into every kitchen and restaurant [source: Schultze].

Another important staple in the Russian diet is the potato. In 1839 Russian grain crops failed, causing the government to implement mandatory growing of potatoes on available land to build up a food reserve in the event of famine. Even though this move was initially unpopular among farmers, the potato produced yields up to four times that of grain and eventually became the dominant food crop in not only Russia but also all of Eastern Europe [source: Hosking].

So what do you wear to cover up a physique shaped by a steady diet of starches and grain alcohol? We'll try on some traditional Russian clothing on the next page.

The origins of vodka, an alcoholic beverage most commonly distilled from the fermentation of grains or potatoes, has become such a source of contention that Russian historian William Pokhlebkin published a book in 1992 in an attempt to remove all doubt. According to Pokhlebkin, vodka was invented between 1440 and 1478 in a Russian monastery. A 2011 World Health Organization report adds that Russia is living up to this vodka legacy by boasting the heaviest drinking habits on the globe [source: WHO].