When France Fined Bakers for Vacationing Without Government Permission

by Jesslyn Shields Jul 14, 2017
How serious are the French about their bread? So serious that the Parisian government was involved in regulating bakery vacation time to ensure baguette availability. Lonely Planet Images/Getty Images

Carbs are important to us all, but in France, they're really important. That's why, for 200 years, a law existed on the books in Paris requiring continuous access to bread — particularly during the summer, when many other Parisian workers could choose to vacate the city for holiday. The law was established because the last time they ran out of bread in France, the nation revolted.

Bread has always been a staple of the French diet, and important to the functioning of government. Police in Napoleonic times were even involved in grain inspection and quality control. In 1775, grain prices in France skyrocketed due to a wheat shortage. The crisis was compounded by the fact that the new king, Louis XVI, decided to allow a free market of grain within France; opportunistic flour merchants held back some of the grain supplies to manipulate the market and drive up prices.

There hadn't been famine in France for decades before this incident, but the poorest people were suddenly unable to buy flour for bread, so they rioted, attacking bakeries, flour mills, and even farmers themselves in an attempt to get grain. The Flour War is generally accepted by historians as being a precursor to the French Revolution 14 years later.

To ensure that individual neighborhoods always had access to bread, a 1790 decree put in place a system regulating when bakeries could and could not take time off — requiring that half the city's 1,100 bakeries remain open during July, and half during August.

Because massive famines don't happen often in Europe these days, the French government relaxed the law a bit in 1995. Half Paris' bakeries were now permitted to shut down during the month of July, so long as the other half to kept their ovens burning — the same went for August. Bakers were required to notify the authorities about when they planned to close, and if they did close, to put signs in their windows telling desperate Parisians where the closest baguette could be found. Any baker who didn't get permission to go on vacation during these months was fined a daily minimum of 11 euros — which was around $13 at the time, and equivalent to about $20 today in terms of buying power.

July and August are traditional vacation months for many in France. This Paris bakery, pictured here on Aug. 9, 2013, is closed.
Bertrand Guay/AFP/Getty Images

But then, in 2015, the French government eased the remaining restrictions on baker's holidays as part of a larger attempt to streamline a notoriously sluggish bureaucracy. That summer, Parisians who stayed in town during the summer feared a "baguette crisis," and to some extent, they experienced one. Because the government no longer coordinated their holidays for them, bakers had a difficult time knowing when to leave, and the ones that did stay open ran out of bread quickly, and worried their quality suffered because of the increased demand:

"We passed so many years with a Napoleonic law that meant the prefecture told us when we could close," Parisian baker Sylvie Fourmond told Quartz in 2015. "And now, all of a sudden, people are taking off when they want for the first time. Maybe we need to organize amongst ourselves a little better."

And while worries of a bread shortage have abated in the years since regulations loosened, there are new worries for French bakeries. Per capita baguette consumption has fallen by more than 80 percent since 1900, when the average person in France ate more than three baguettes a day — today, it's half a loaf a day. Analysts attribute the drop to many factors, including a preference for low-carb and gluten-free diets, while some bakers lay the blame on bread that just doesn't taste as good as it used to due to mass production.

But as with other trades in today's artisanal-focused marketplace, the local mom-and-pop boulangerie may be making a resurgence. Independent stores are opening in the wake of other closings, and enterprising bakers are making an effort to keep French bread on the rise — not just in Paris and France, but around the world.

Now That's Interesting
In 2015, the French government issued a nine-point list of what to watch out for if you suspected a friend or neighbor of being an Islamic terrorist. They warned that those who stop eating baguettes might be up to no good — and the internet roundly and rapidly mocked the endeavor.

Taking a Photo of Something Makes Donating It Easier

To Make Up After a Row, Men Want Sex, Women Want Quality Time 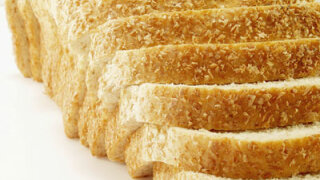 Is eating bread crust really good for you? 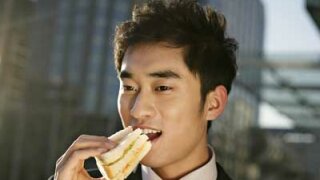 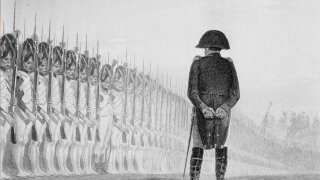